Solved Example Problems: Expression for pressure exerted by a gas

A football at 27°C has 0.5 mole of air molecules. Calculate the internal energy of air in the ball.

The internal energy of ideal gas = 3/2 NkT. The number of air molecules is given in terms of number of moles so, rewrite the expression as follows

This is approximately equivalent to the kinetic energy of a man of 57 kg running with a speed of 8 m s-1.

(a) rms speed of oxygen and hydrogen molecule

(b) Average kinetic energy per oxygen molecule and per hydrogen molecule 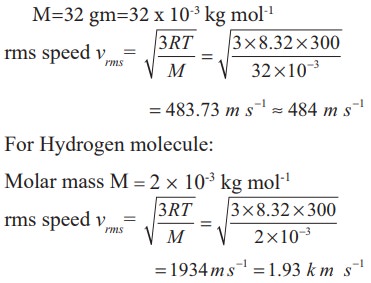 (b) The  average  kinetic  energy  per molecule is 3/2 kT. It depends only on absolute temperature of the gas and is independent of the nature of molecules. Since both the gas molecules are at the same temperature, they have the same average kinetic energy per molecule. k is Boltzmaan constant. 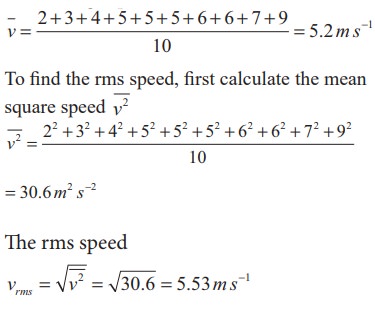 The most probable speed is 5 ms-1 because three of the particles have that speed.

Calculate the rms speed, average speed and the most probable speed of 1 mole of hydrogen molecules at 300 K. Neglect the mass of electron.

The hydrogen atom has one proton and one electron. The mass of electron is negligible compared to the mass of proton. 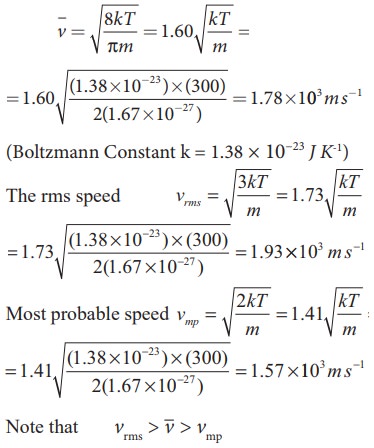