In a classroom, the air molecules are moving in random directions.

The above expression is graphically shown as follows 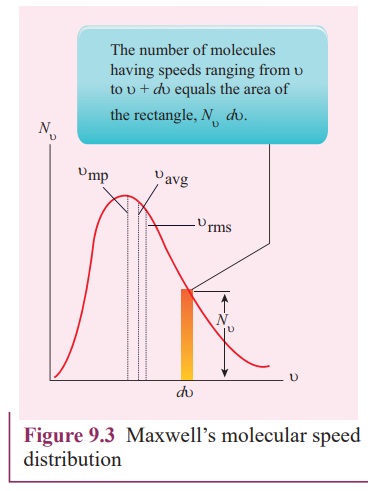 To know the number of molecules in the range of speed between 50 m s−1 and 60 m s−1, we need to integrate

The exact integration is beyond the scope of the book. But we can infer the behavior of gas molecules from the graph.

(ii)„Figure 9.4 shows the speed distribution graph for two different temperatures. As temperature increases, the peak of the curve is shifted to the right. It implies that the average speed of each molecule will increase. But the area under each graph is same since it represents the total number of gas molecules. 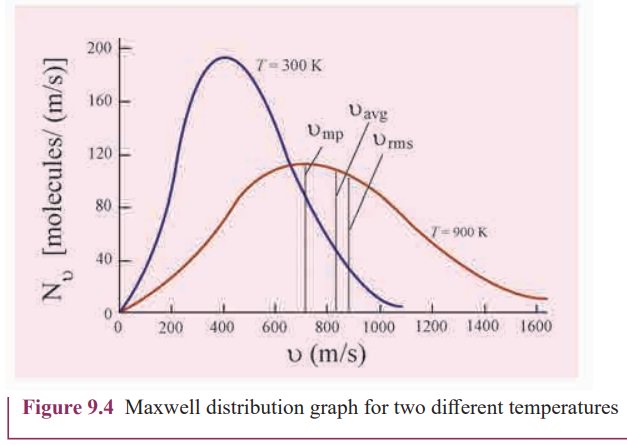