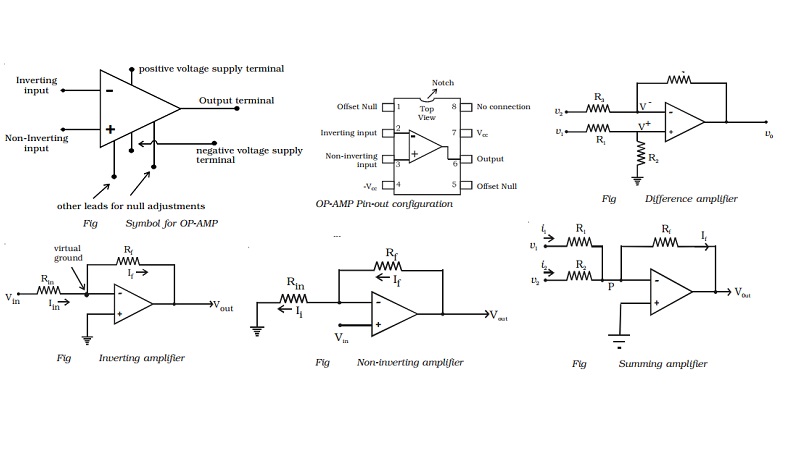 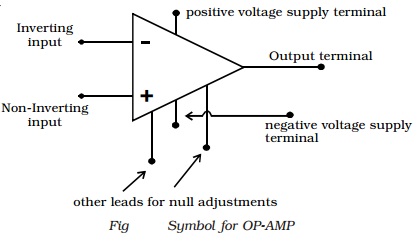 This section concentrates on the principles involved with basic OP-AMP circuit viz, (i) inverting and (ii) non-inverting amplifiers.

Since the input impedance of an op-amp is considered very high, no current can flow into or out of the input terminals. Therefore Iin must flow through Rf and is indicated by If (the feedback current). Since Rin and Rf are in series, then Iin = If. The voltage between inverting and non-inverting inputs

It can be proved that

Since Iin =If , then

Rearranging the equation, we obtain

∴ The voltage gain of an inverting amplifier can be expressed as

The amplifier gain is the ratio of Rf  to Rin

Finally, the output voltage can be found by

The output voltage is out of phase with the input voltage. 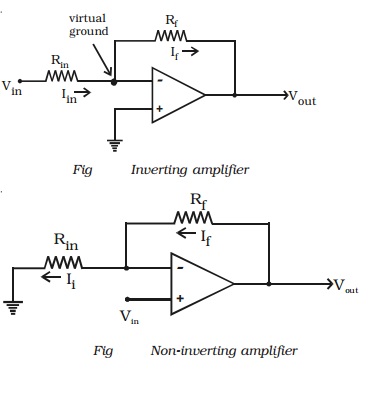 Since VA = Vin, the gain of the amplifer can be expressed as

However, VA is determined by the resistance ratio of Rin and Rf ; thus,

Finally, the output voltage can be found by, Vout = (1+Rf/Rin)Vin

The summing amplifier provides an output voltage equal to the algebraic sum of the input voltages.

Fig shows an inverting amplifier, used to sum two input voltages. The input voltages v1 and v2 are applied through the resistors R1 and R2 to the summing junction (P) and Rf is the feedback resistor. At the point P,

Since the voltage at the point P is ideally 0

Hence the output voltage is equal to the sum of the input voltages and the circuit acts as a summing amplifier. The negative sign indicates that OP-AMP is used in the inverting mode. 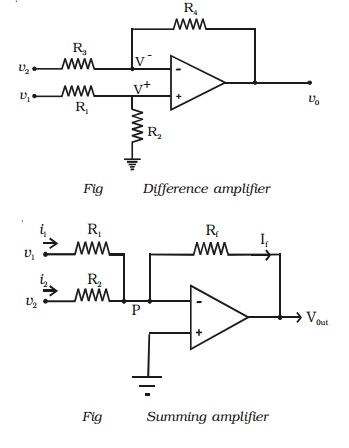 The difference amplifier is shown in Fig. The output voltage can be obtained by using superposition principle. To find the output voltage v01 due to v1 alone, assume that v2 is shorted to ground. Then

Therefore, with both inputs present, the output is

If all the external resistors are equal, the voltage difference amplifier functions as a voltage subtractor.