Neils Bohr in 1913, modified Rutherford's atom model in order to explain the stability of the atom and the emission of sharp spectral lines. He proposed the following postulates :

Neils Bohr in 1913, modified Rutherford's atom model in order to explain the stability of the atom and the emission of sharp spectral lines. He proposed the following postulates :

(i) An electron cannot revolve round the nucleus in all possible orbits. The electrons can revolve round the nucleus only in those allowed or permissible orbits for which the angular momentum of the electron is an integral multiple of h/2π (where h is Planck's constant = 6.626 × 10-34 Js). These orbits are called stationary orbits or non-radiating orbits and an electron revolving in these orbits does not radiate any energy.

If m and v are the mass and velocity of the electron in a permitted orbit of radius r then angular momentum of electron = mvr = nh / 2 π, where n is called principal quantum number and has the integral values 1,2,3

This is called Bohr's quantization condition.

Radius of the nth orbit (rn )

Consider an atom whose nucleus has a positive charge Ze, where Z is the atomic number that gives the number of protons in the nucleus and e, the charge of the electron which is numerically equal to that of proton. Let an electron revolve around the nucleus in the nth orbit of radius rn.

where εo is the permittivity of the free space.

The necessary centripetal force is provided by the electrostatic force of attraction. 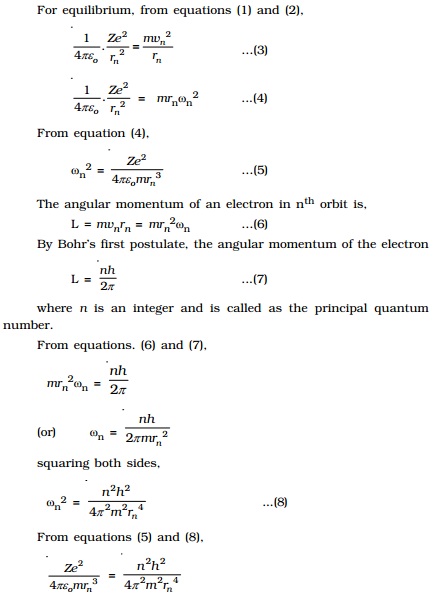 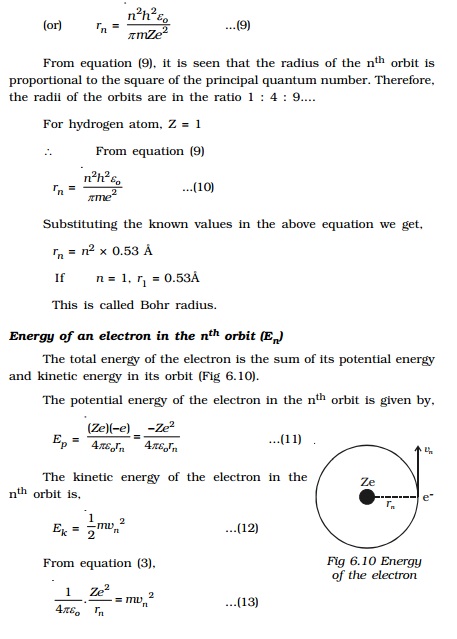 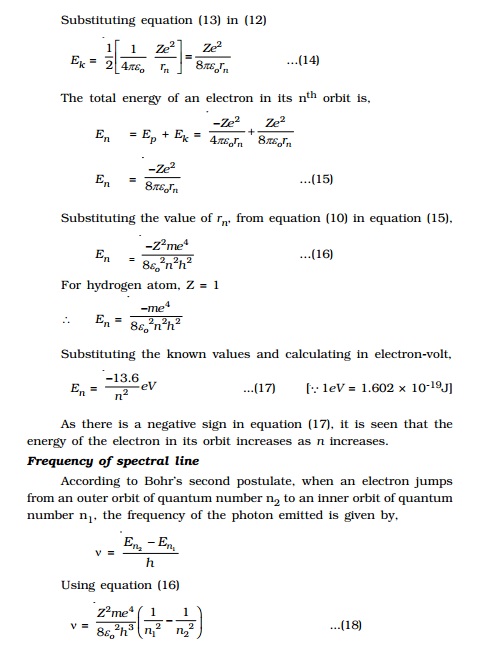 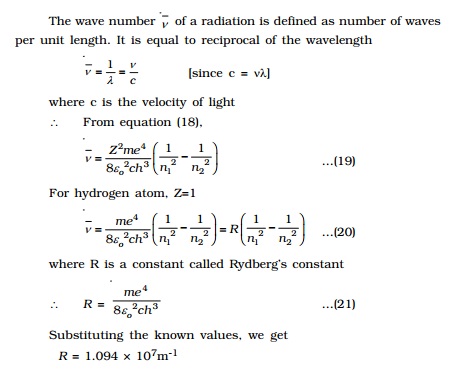