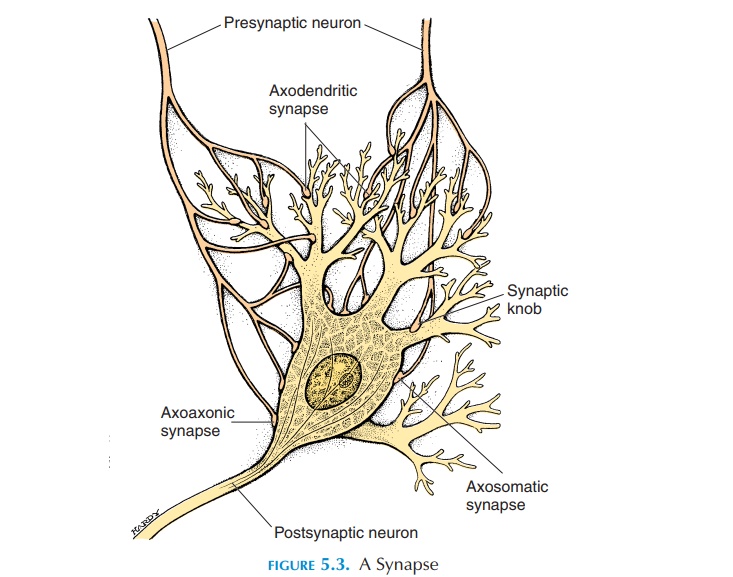 A synapse (see Figure 5.3) is the region where neurons communicate with each other. 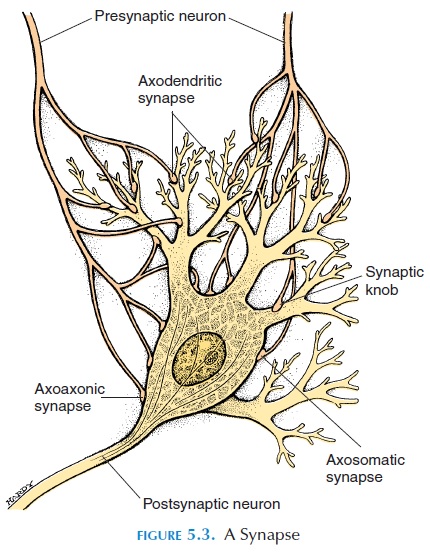 A synapse may be at a dendrite (axodendritic), on the soma (axosomatic), or along the length of the axon (axoaxonic). Rarely, a synapse may exist be-tween two dendrites (dendrodendritic). The neuro-transmitters are actually manufactured in the soma and transported down the axon. Transport of sub-stances can also occur in the opposite direction, from the end of axon to the soma.

Neurons, in addition to communicating with each other, can communicate with another cell type. This communication is known as theneuroeffectorjunction. Such communications are seen betweenthe neuron and muscle—neuromuscular junction-and between neuron and glands—neuroglandular junction.Neurons also in-nervate fat cells.