Representation of the Body in the Cerebral Cortex

From the thalamus, the third-order neurons project to the cerebral cortex in a highly specific way.

REPRESENTATION OF THE BODY IN THECEREBRAL CORTEX 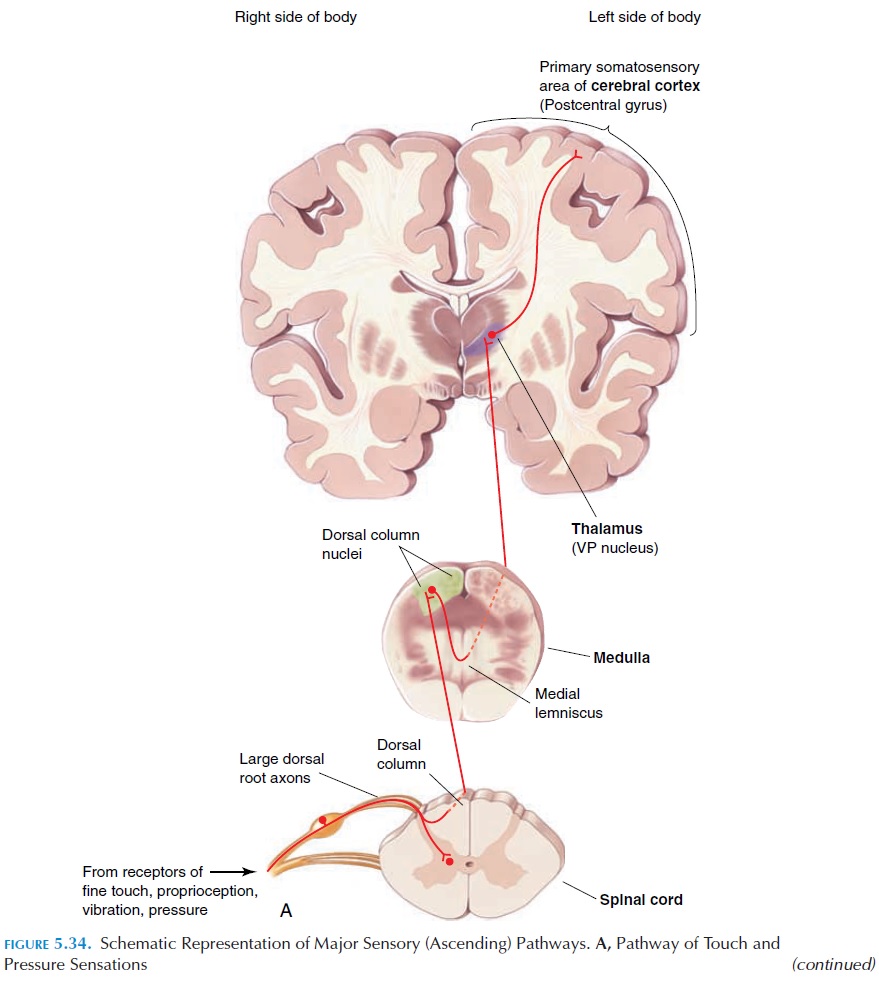 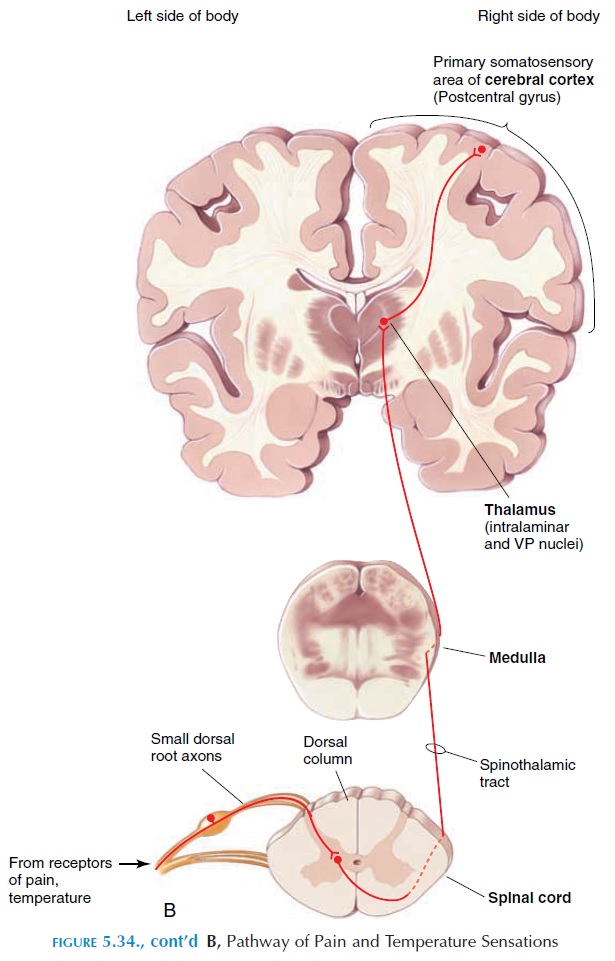 Central sulcus is adepression on the brain surface that runs coronally (Figure 5.34). The different parts of the body are rep-resented in a specific order in the postcentral gyrus, with the legs represented medially and superiorly and the head laterally. Other than the detailed localiza-tion of each part of the body, the size of the receiving area of the cortex for each part of the body is in pro-portion to the number of receptors in each part. You may have already determined through the exercise that the face, lips, fingers and toes are more sensitive, indicating that there are more receptors per unit volume. If you look at Figure 5.35, you will see that there is more representation of these areas in the cortex than the less sensitive areas. 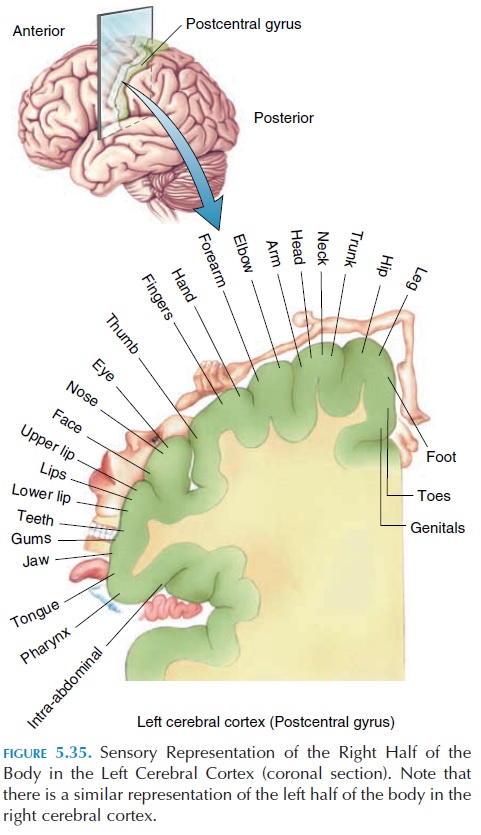 Remember that fibers from the thalamus not only project to the postcentral gyrus, but also project to other areas of the brain. Also, the neurons from the postcentral gyrus communicate with many other ar- eas. In this way, the sensations are linked to past ex-periences, learning, and memory. Just posterior to the sensory cortex is the sensory association area. See Figure 5.36. This transforms raw sensations into meaningful ones, based on past learning. 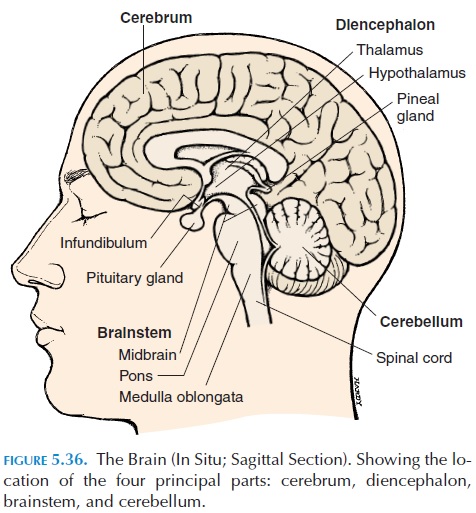 Other than the sensory pathways described above, there are many other sensory, ascending pathways. Some other major sensory tracts include those carrying proprioceptive impulses to the cerebellum, the anterior and posterior spinocerebellar tracts. Al-though the sensations carried by these tracts do not reach consciousness, they are important for main-taining posture, balance, and motor coordination.