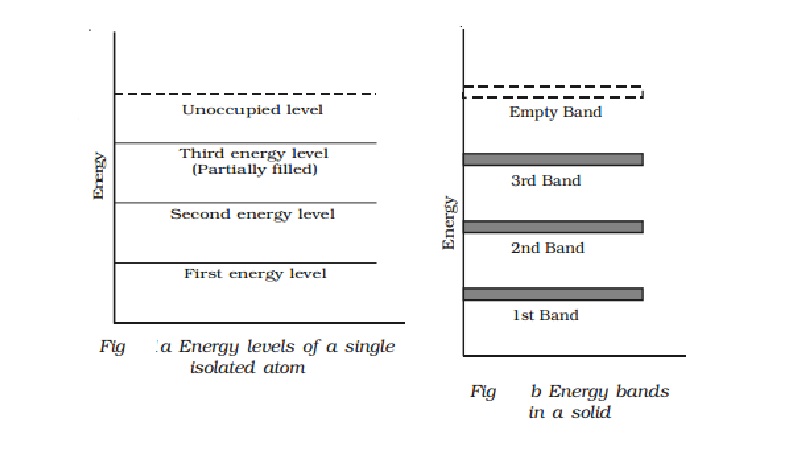 In the case of a single isolated atom, there are various discrete energy levels. In solids, the atoms are arranged in a systematic space lattice and each atom is influenced by neighbouring atoms. The closeness of atoms results in the intermixing of electrons of neighbouring atoms. 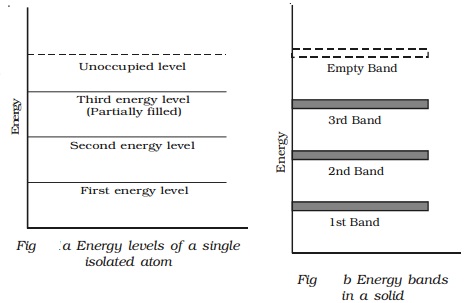