The Intel 80286 was the successor to the 8086 and 8088 processors and offered a larger addressing space while still pre-serving compatibility with its predecessors.

The Intel 80286 was the successor to the 8086 and 8088 processors and offered a larger addressing space while still pre-serving compatibility with its predecessors. Its initial success was in the PC market where it was the processor engine behind the IBM PC AT and all the derivative clones.

The 80286 has two modes of operation known as real mode and protected mode: real mode describes its emulation of the 8086/8088 processor including limiting its external address bus to 20 bits to mimic the 8086/8088 1 Mbyte address space. In its real mode, the 80286 adds some additional registers to allow access to its larger 16 Mbyte external address space, while still preserving its compatibility with the 8086 and 8088 processors. 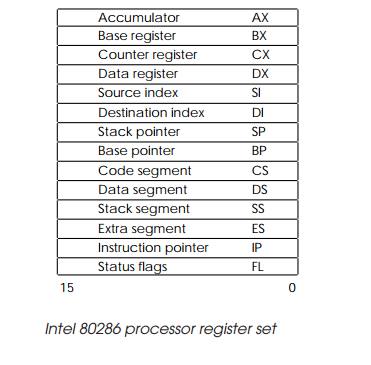 These registers form a set that is the same as that of an 8086. However, when the processor is switched into its protected mode, the register set is expanded and includes two index registers (DI and SI) and a base pointer register. These additions allow the 80286 to support a simple virtual memory scheme.

Within the IBM PC environment, the 8086 and 8088 proces-sors can access beyond the 1 Mbyte address space by using paging and special hardware to simulate the missing address lines. This additional memory is known as expanded memory. This non-linear memory mapping can pose problems when used in an embedded space where a large linear memory structure is needed, but these restrictions can be overcome as will be shown in later design examples.

The 80286 can handle 256 different exceptions and the vectors for these are held in a vector table. The vector table’s construction is different depending on the processor’s operating mode. In the real mode, each vector consists of two 16 bit words that contain the interrupt pointer and code segment address so that the associated interrupt routine can be located and executed. In the protected mode of operation each entry is 8 bytes long. 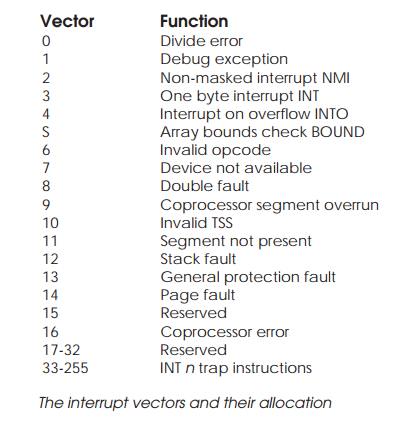 The instruction set for the 80286 follows the same pattern as that for the Intel 8086 and programs written for the 8086 are compatible with the 80286 processor.

The 80286 can also be used with the 80287 floating point coprocessor to provide acceleration for floating point calculations. If the device is not present, it is possible to emulate the floating point operations in software, but at a far lower performance. 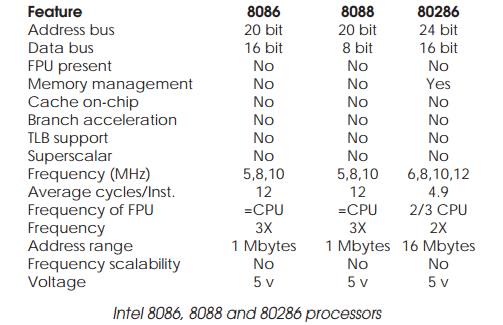