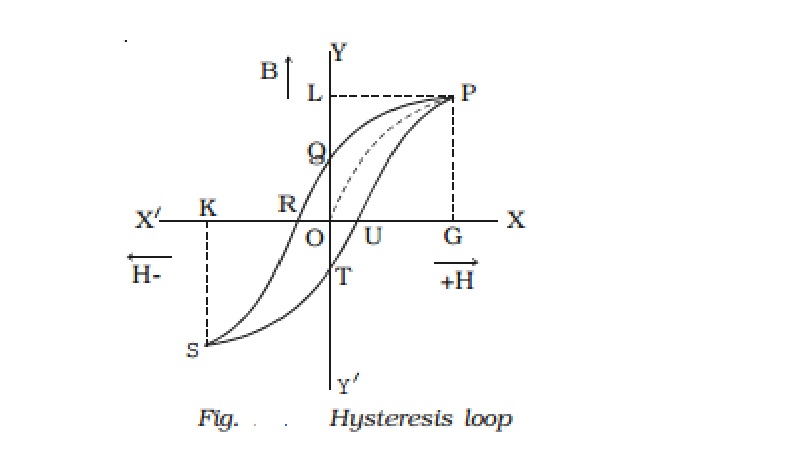 The value of the magnetising field H which has to be applied to the magnetic material in the reverse direction so as to reduce its residual magnetism to zero is called its coercivity. 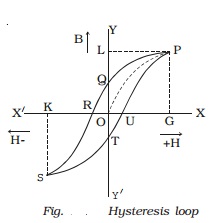 In the process of magnetisation of a ferromagnetic substance through a cycle, there is expenditure of energy. The energy spent in magnetising a specimen is not recoverable and there occurs a loss of energy in the form of heat. This is so because, during a cycle of magnetisation, the molecular magnets in the specimen are oriented and reoriented a number of times. This molecular motion results in the production of heat. It has been found that loss of heat energy per unit volume of the specimen in each cycle of magnetisation is equal to the area of the hysteresis loop.

The shape and size of the hysteresis loop is characteristic of each material because of the differences in their retentivity, coercivity, permeability, susceptibility and energy losses etc. By studying hysteresis loops of various materials, one can select suitable materials for different purposes.