31. Give IUPAC names for the following compounds 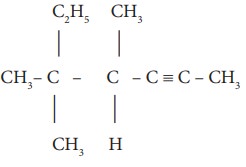 32. (i) Identify the compound A, B, C and D in the following series of reactions 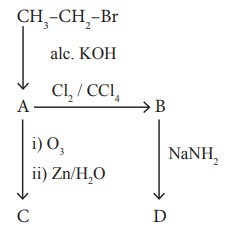 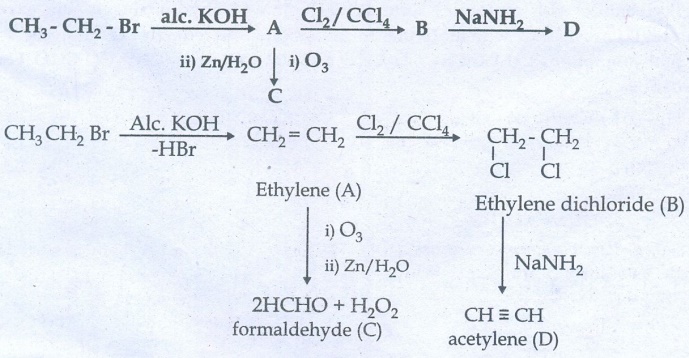 ● Those group which increases electron density at ortho and para position are known as ortho-para directors.

● All the activating groups are ortho-para directors.

● Let us consider the directive influences of phenolic (-OH) group. The resonance hybrid of phenol.

● In the above resonance structures, the (−) charge is present on ortho and para position of ring structure.

● So, electron density is more at ortho and para position.

● Halogen group is an ortho-para director and deactivator eventhough halogen group is strong − I effect which decreases the electron density of benzene ring. However due to the presence of lone pair of electrons on halogen. 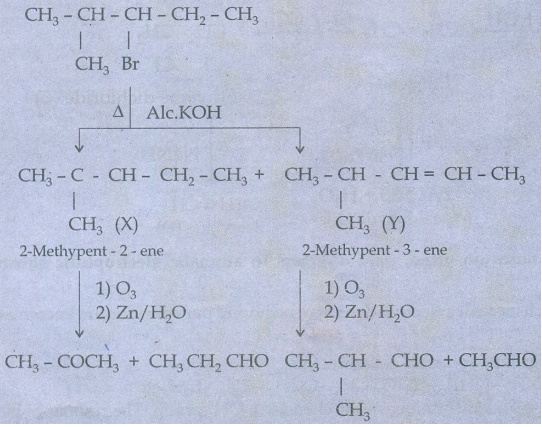 So, the alkyl halide is 3 Bromo - 2 methyl pentane.

35. Describe the mechanism of Nitration of benzene.

Mechanism of nitration of benzene:

Step 2: Attack of NO2+ of on benzene to form carbocation which is stabilized by resonance.

Step 3 : Loss of a proton from the carbocation in the presence of the base (HSO4−) to form nitrobenzene.

36. How does Huckel rule help to decide the aromatic character of a compound.

Huckel proposed that aromaticity is a function of electronic structure. A compound may be aromatic. If it obeys the following rules.

i) The molecule must be co-planar.

ii) Complete delocalization of π electron in the ring.

This is known as Huckel's rule.

37. Suggest the route for the preparation of the following from benzene. 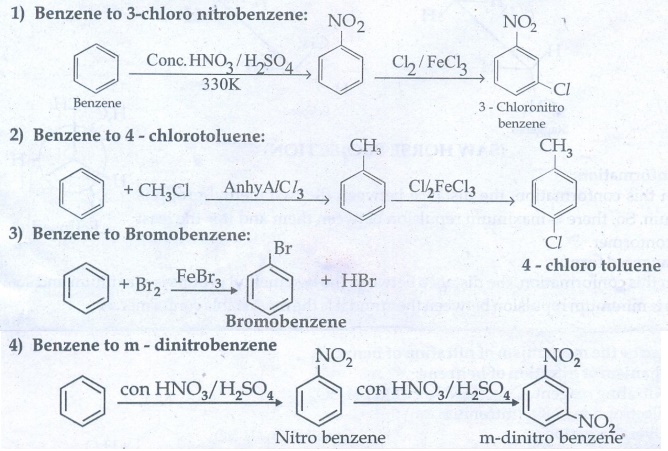 38. Suggest a simple chemical test to distinguish propane and propene.

2. Propene will decolourises the purple acidified KMnO4 solution, where as propane does not.

39. What happens when isobutylene is treated with acidified potassium permanganate ?

When isobutylene is treated with acidified KMnO4 solution gives acetone.

40. How will you convert ethyl chloride in to

(i) Ethyle chloride to ethane:

41. Describe the conformers of n - butane.

n-butane may be considered as a derivatives of ethane, as one hydrogen on each carbon is replaced by a methyl group. 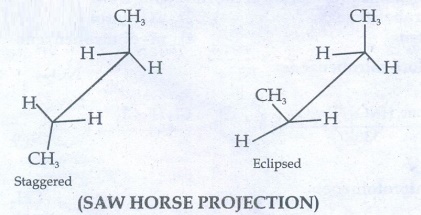 In this conformation, the distance between the two methyl group is minimum. So, there is maximum repulsion between them and it is the least stable conformer.

In this conformation, the distance between the two methyl groups is maximum and so there is minimum repulsion between them and it is the most stable conformer.

The following potential energy diagram shows the stabilities of various conformers of n-butane. 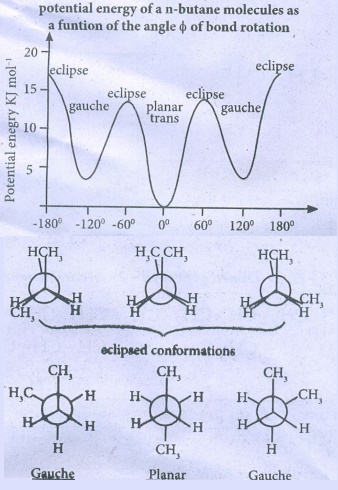 42. Write the chemical equations for combustion of propane.

44. What happens when ethylene is passed through cold dilute alkaline potassium permanganate.

45. Write the structures of folowing alkanes. 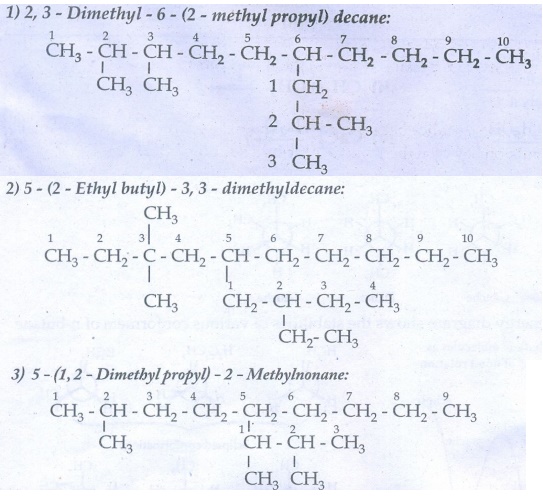 46. How will you prepare propane from a sodium salt of fatty acid ?

When a mixture of sodium butanoate and soda lime is heated gives propane. 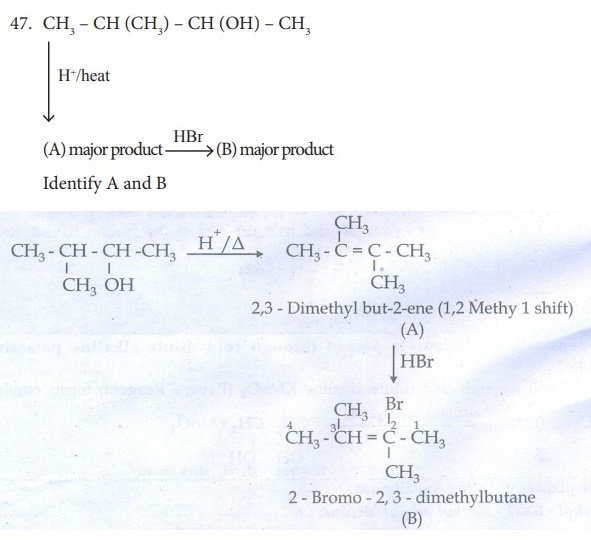 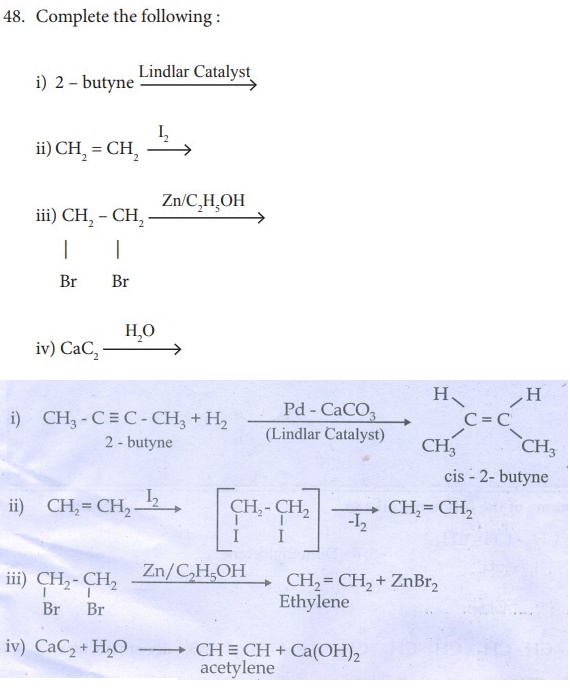