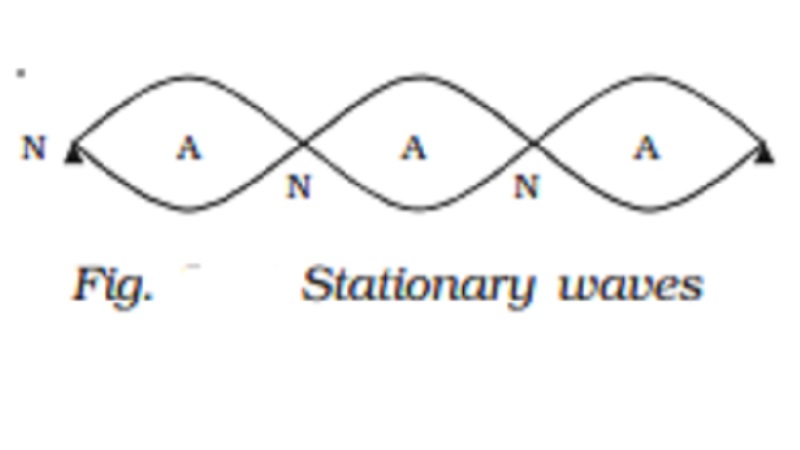 Let us consider a progressive wave of amplitude a and wavelength  travelling in the direction of X axis.

This wave is reflected from a free end and it travels in the negative direction of X axis, then

According to principle of superposition, the resultant displacement is

This is the equation of a stationary wave.

A = 0. The resultant amplitude is zero at these points. They are called nodes (Fig.).

2.  Nodes and antinodes are formed alternately.

4.   Pressure changes are maximum at nodes and minimum at antinodes.

5.   All the particles except those at the nodes, execute simple harmonic motions of same period.

6.  Amplitude of each particle is not the same, it is maximum at antinodes decreases gradually and is zero at the nodes.

7.  The velocity of the particles at the nodes is zero. It increases gradually and is maximum at the antinodes.

8.  Distance between any two consecutive nodes or antinodes is

equal to λ2 , whereas the distance between a node and its adjacent antinode is equal to λ4 .

9.  There is no transfer of energy. All the particles of the medium pass through their mean position simultaneously twice during each vibration.