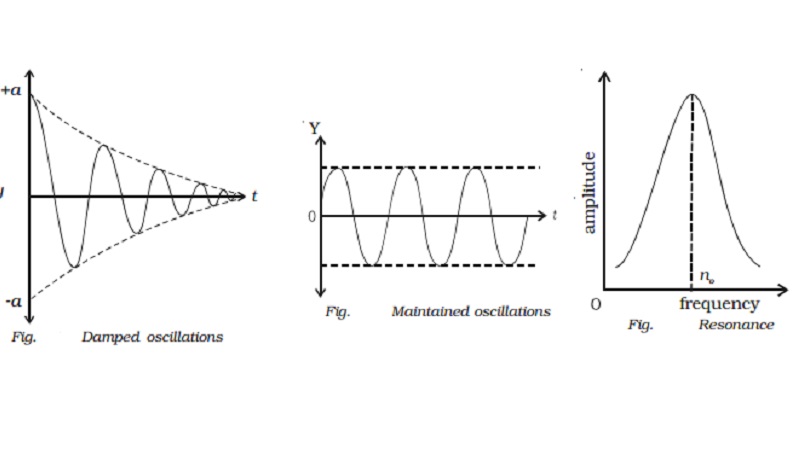 There are three main types of oscillations.

When a body vibrates with its own natural frequency, it is said to execute free oscillations. The frequency of oscillations depends on the inertial factor and spring factor, which is given by,

Most of the oscillations in air or in any medium are damped. When an oscillation occurs, some kind of damping force may arise due to friction or air resistance offered by the medium. So, a part of the energy is dissipated in overcoming the resistive force. Consequently, the amplitude of oscillation decreases with time and finally becomes zero. Such oscillations are called damped oscillations (Fig.). 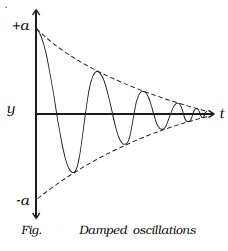 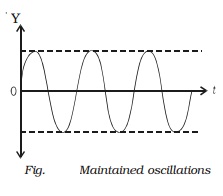 A swing to which energy is fed continuously to maintain amplitude of oscillation.

When a vibrating body is maintained in the state of vibration by a periodic force of frequency (n) other than its natural frequency of the body, the vibrations are called forced vibrations. The external force is driver and body is driven.

In the case of forced vibration, if the frequency difference is small,

the amplitude will be large (Fig.). Ultimately when the two frequencies are same, amplitude becomes maximum.This is a special case of forced vibration.. 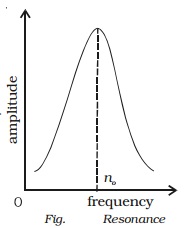 (ii)             In radio and television, using tank circuit, required frequency can be obtained.