The fundamental reaction in the clotting process is the conversion of the soluble plasma protein fibrinogen into its insoluble form fibrin.

The fundamental reaction in the clotting process is the conversion of the soluble plasma protein fibrinogen into its insoluble formfibrin. For this conver-sion, many inactive substances in the blood must be activated. Thus, the clotting mechanism is a complex cascade of reactions that culminate in the formation of a mesh of insoluble fibrin threads. Red blood cells and other cells get caught in the mesh, giving the clot its red color. 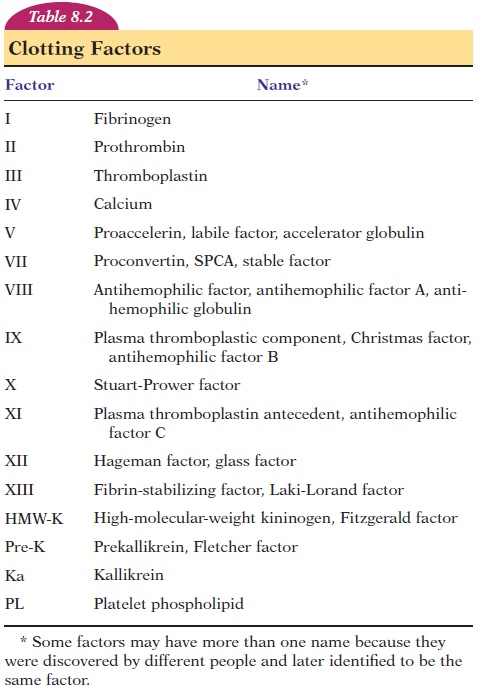 Table 8.2 lists the various factors involved, to-gether with their names, to give an idea of the num-ber of factors involved in the clotting process. These factors include calcium, many inactive enzymes manufactured by the liver, and other molecules asso-ciated with platelets and injured tissue. The flowchart in Figure 8.5 shows the complex nature of the clot-ting mechanism that results in the final solid clot ob-served when a blood vessel is injured. One important requirement for the formation of some clotting fac-tors by the liver is the vitamin K. 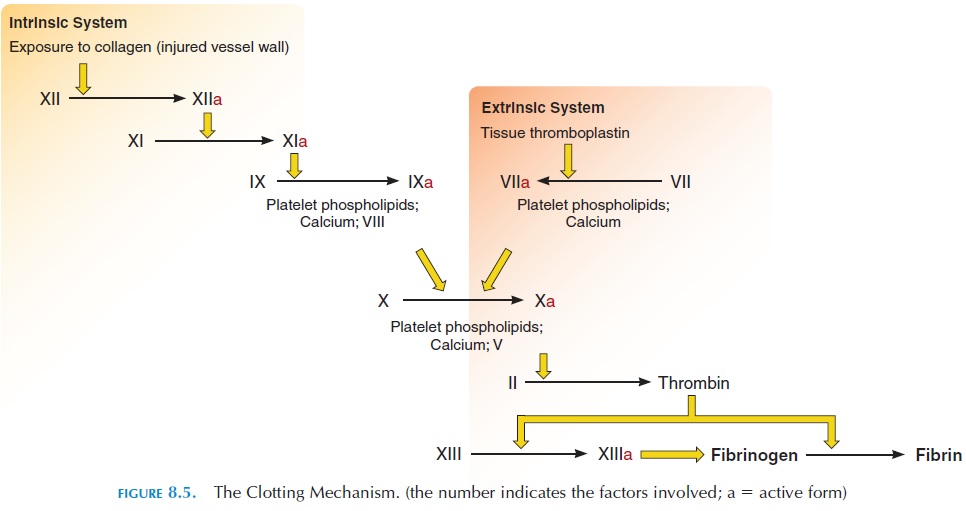 Vitamin K is a fat-soluble vitamin manufactured by the normal flora inhabiting the large intestine. In con-ditions in which fat absorption is impaired, vitamin K deficiency may result, with uncontrollable bleeding.