In general, the type of medication used for epilepsy depends on the empiric nature of the seizure.

In general, the type of medication used for epilepsy depends on the empiric nature of the seizure. For this reason, considerable effort has been expended to classify seizures so that clinicians will be able to make a “seizure diagnosis” and on that basis prescribe appropriate therapy. Errors in seizure diagnosis cause use of the wrong drugs, and an unpleasant cycle ensues in which poor seizure control is followed by increasing drug doses and medication toxic-ity. As noted, seizures are divided into two groups: partial and generalized. Drugs used for partial seizures are more or less the same for all subtypes of partial seizures, but drugs used for general-ized seizures are determined by the individual seizure subtype. A summary of the international classification of epileptic seizures is presented in Table 24–1. 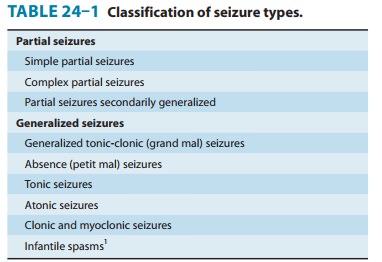 Partial seizures are those in which a localized onset of the attack can be ascertained, either by clinical observation or by electroen-cephalographic recording; the attack begins in a specific locus in the brain. There are three types of partial seizures, determined to some extent by the degree of brain involvement by the abnormal discharge. The least complicated partial seizure is the simple partialseizure, characterized by minimal spread of the abnormal dischargesuch that normal consciousness and awareness are preserved. For example, the patient may have a sudden onset of clonic jerking of an extremity lasting 60–90 seconds; residual weakness may last for 15–30 minutes after the attack. The patient is completely aware of the attack and can describe it in detail. The electroencephalogram may show an abnormal discharge highly localized to the involved portion of the brain.

The complex partial seizure also has a localized onset, but the discharge becomes more widespread (usually bilateral) and almost always involves the limbic system. Most complex partial seizures arise from one of the temporal lobes, possibly because of the susceptibility of this area of the brain to insults such as hypoxia or infection. Clinically, the patient may have a brief warning followed by an alteration of consciousness during which some patients stare and others stagger or even fall. Most, however, demonstrate fragments of integrated motor behavior called automatisms for which the patient has no memory. Typical automatisms are lip smacking, swallowing, fumbling, scratching, and even walking about. After 30–120 seconds, the patient makes a gradual recovery to normal consciousness but may feel tired or ill for several hours after the attack.

The last type of partial seizure is the secondarily generalizedattack, in which a partial seizure immediately precedes a general-ized tonic-clonic (grand mal) seizure. This seizure type is described in the text that follows.

Generalized seizures are those in which there is no evidence of localized onset. The group is quite heterogeneous.

The absence (petit mal) seizure is characterized by both sudden onset and abrupt cessation. Its duration is usually less than 10 seconds and rarely more than 45 seconds. Consciousness is altered; the attack may also be associated with mild clonic jerking of the eyelids or extremities, with postural tone changes, auto-nomic phenomena, and automatisms. The occurrence of automa-tisms can complicate the clinical differentiation from complex partial seizures in some patients. Absence attacks begin in child-hood or adolescence and may occur up to hundreds of times a day. The electroencephalogram during the seizure shows a highlycharacteristic 2.5–3.5 Hz spike-and-wave pattern. Atypical absence patients have seizures with postural changes that are more abrupt, and such patients are often mentally retarded; the electroencepha-logram may show a slower spike-and-wave discharge, and the sei-zures may be more refractory to therapy.

Atonic seizures are those in which the patient has sudden lossof postural tone. If standing, the patient falls suddenly to the floor and may be injured. If seated, the head and torso may suddenly drop forward. Although most often seen in children, this seizure type is not unusual in adults. Many patients with atonic seizures wear helmets to prevent head injury. Momentary increased tone may be observed in some patients, hence the use of the term “tonic-atonic seizure.”

Infantile spasms are an epileptic syndrome and not a seizuretype. The attacks, though sometimes fragmentary, are most often bilateral and are included for pragmatic purposes with the general-ized seizures. These attacks are most often characterized clinically by brief, recurrent myoclonic jerks of the body with sudden flex-ion or extension of the body and limbs; the forms of infantile spasms are, however, quite heterogeneous. Ninety percent of affected patients have their first attack before the age of 1 year. Most patients are intellectually delayed, presumably from the same cause as the spasms. The cause is unknown in many patients, but such widely disparate disorders as infection, kernicterus, tuberous sclerosis, and hypoglycemia have been implicated. In some cases, the electroencephalogram is characteristic. Drugs used to treat infantile spasms are effective only in some patients; there is little evidence that the cognitive retardation is alleviated by therapy, even when the attacks disappear. 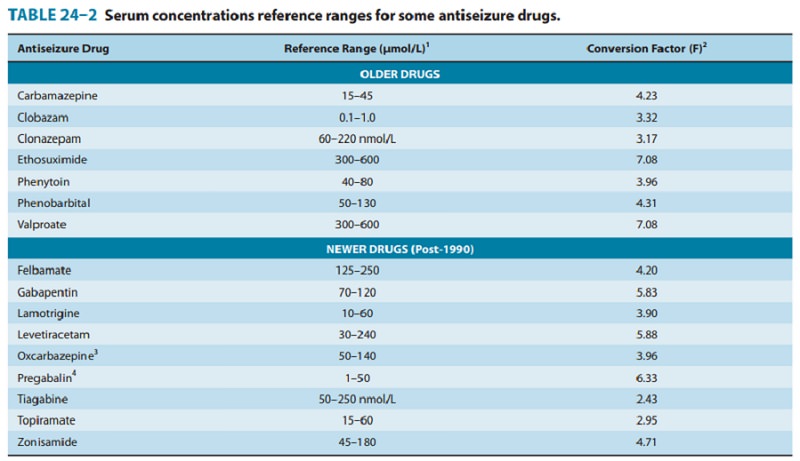