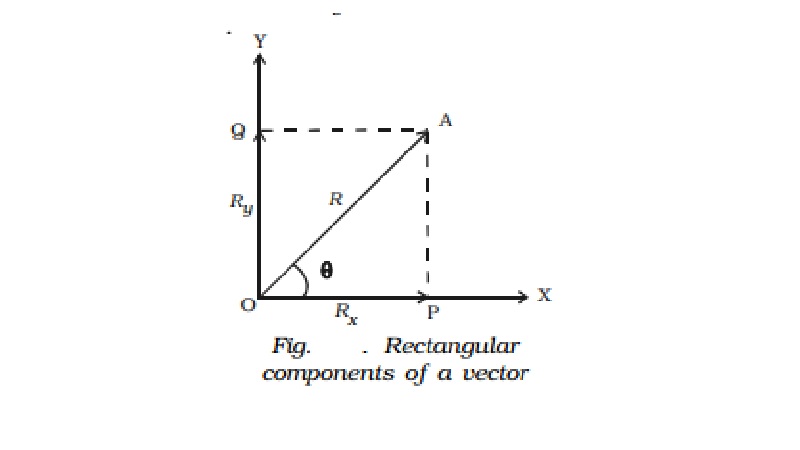 Consider a vector R = Vector( OA) making an angle θ with X - axis. The vector R can be resolved into two components along X - axis and Y-axis respectively. Draw two perpendiculars from A to X and Y axes respectively. The intercepts on these axes are called the scalar components Rx and Ry.

Also, Vector R can be expressed as Vector R = Rxi + Ryj where i and j are unit vectors. 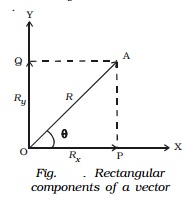