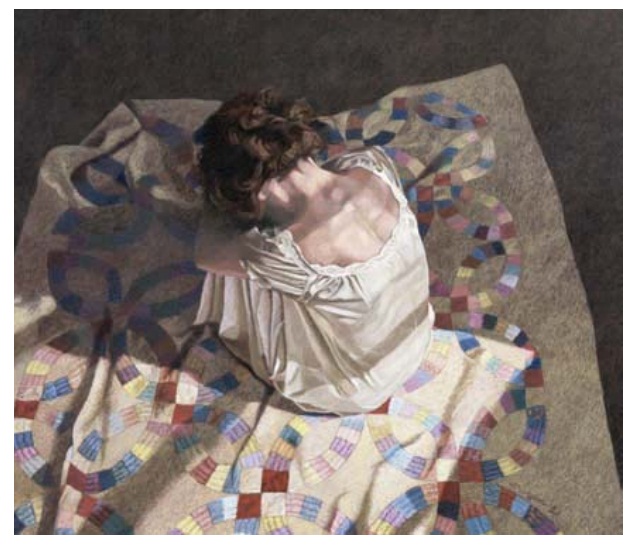 Depression involves feelings of sadness, hopelessness, and broad apathy about life; thedepressed person loses interest in eating, hobbies, sex, and, for that matter, almost everything else.

Depression involves feelings of sadness, hopelessness, and broad apathy about life; thedepressed person loses interest in eating, hobbies, sex, and, for that matter, almost everything else. Of course, everyone has these feelings at one point or another, espe-cially after some difficult event, such as sickness or the death of a friend, the end of a relationship, a significant career failure, and so on. But diagnosable depression is dif-ferent, distinguished by both its severity and duration. In fact, the DSM suggests a diag-nosis of depression only if the feelings of sadness have lasted at least 2 weeks and are accompanied by other symptoms such as insomnia and feelings of worthlessness.

Depression is one of the most common mental disorders, with a lifetime prevalence of 7 to 12% in men and 20 to 25% in women (Kessler et al., 2005; Figure 16.16). It is not clear why women are more likely to become depressed than men, but one crucial factor seems to be women’s greater use of maladaptive forms of rumination—which involve repetitively turning emotional difficulties over and over in their mind (Nolen-Hoeksema, Wisco, & Lyubomirsky, 2008; Treynor, Gonzalez, & Nolen-Hoeksema, 2003). 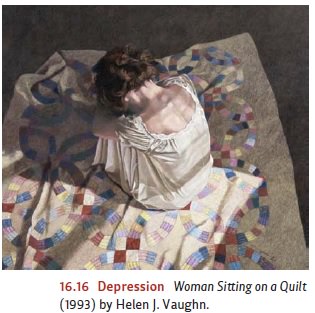 All sense of hope vanished, along with the idea of a futurity; my brain, in thrall to its outlaw hormones, had become less an organ of thought than an instrument registering, minute by minute, varying degrees of its own suffering. The mornings themselves were becoming bad now as I wandered about lethargic . . . but afternoons were still the worst, when I’d feel the horror, like some poisonous fogbank, roll in upon my mind, forcing me into bed. There I would lie for as long as six hours, stuporous and virtually paralyzed, gazing at the ceiling and waiting for that moment of evening when, mysteriously, the crucifixion would ease up just enough to allow me to force down some food and then, like an automaton, seek an hour or two of sleep again.

Many people with depression experience considerable anxiety, and about 20% suf-fer from psychotic delusions—unshakable false beliefs. Some are variations on the theme of worthlessness: “It would be better if I had not been born. . . . I am the most inferior person in the world”. Other delusions concern guilt about an unspeakable, unpardonable sin, and some patients report hearing the devil tell them that they will burn in hell for eternity (Andreasen & Black, 1996). Whatever the mani-festation, depressions with psychotic features are more severe, less responsive to treat-ment, and more likely to recur (Coryell, 1996).

Specific cognitive deficits, including disrupted attention and working memory, also accompany severe depression. Moreover, depressed patients often exhibit physical manifestations that can include a loss of appetite and weight, weakness, fatigue, poor bowel functioning, sleep disorders, and lack of interest in sex. It is as if both bodily and psychic batteries have run down completely.

Depression is not tied to any particular age or life stage. It is most common in ado-lescence through middle adulthood, but depression can also emerge in children and in the elderly (Garber & Horowitz, 2002; Kessler, Keller, & Wittchen, 2001). Depressed adolescents show most of the symptoms we have described, but some of their symp-toms may come in distinctly teenage form. Their despair often leads them to substance abuse; their apathy about life shows up in the number of classes they miss; their irritability emerges as belligerence and defiance. To be sure, all these behaviors can occur without depression, but any or all of them, together with other symptoms of depression, can indicate profound emotional problems.