Although microarrays provide a global view of gene expression, the results do not provide much specific information on individual genes.

Reporter genes usually encode enzymes whose activity is easy to assay. One of the most widely used reporters is the lacZ gene from E. coli, which encodes the enzyme b-galactosidase (Fig. 8.24). This enzyme splits disaccharide sugar molecules into their monomers, but also cleaves various artificial substrates. When the substrate ONPG is cleaved, one of the cleavage products forms a visible yellow dye. When X-Gal is cleaved by β-galactosidase, one of the products reacts with oxygen to form a blue dye. 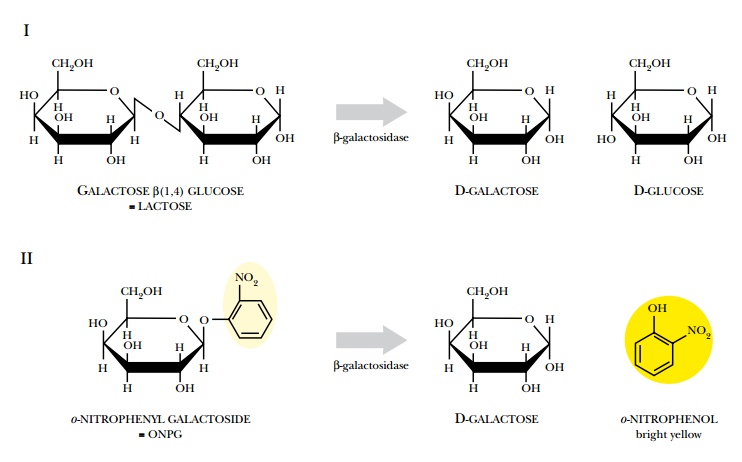 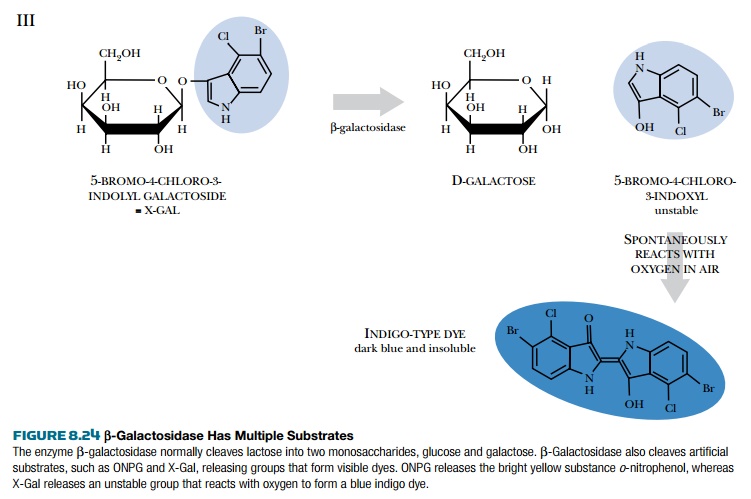 The phoA gene is another reporter gene that encodes alkaline phosphatase, which removes phosphate groups from many different substrates (Fig. 8.25). Artificial substrates are designed so that when the phosphate is removed, they either change color or fluoresce.

Another popular reporter gene is luciferase, which emits a pulse of visible light when the correct substrate, luciferin, is supplied (Fig. 8.26). Luciferase is an enzyme encoded by the lux gene in bacteria or the luc gene in fireflies. The two luciferases are not related and have different enzyme mechanisms. Both genes work well as reporter genes and have been cloned onto vectors that work in a variety of different organisms. Detecting the light emitted by luciferase is difficult because of its low levels and requires special equipment such as a luminometer or scintillation counter. 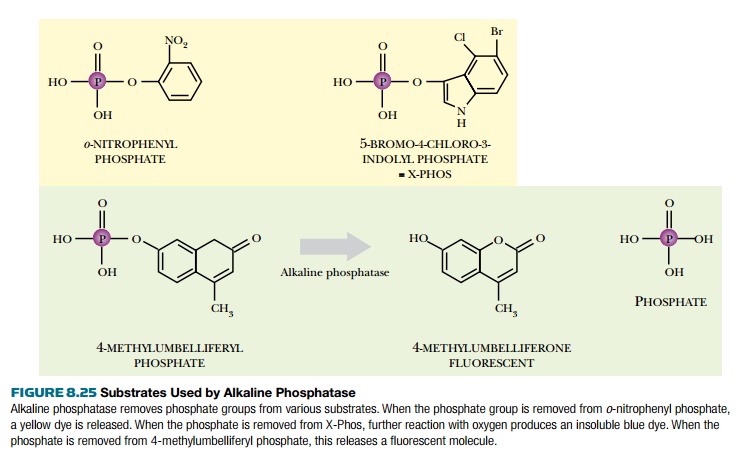 Another popular reporter protein is green fluorescent protein or GFP, which is not an enzyme (Fig. 8.27). This protein has natural fluorescence that does not require any cofactors or substrates. Additionally, the fluorescence is active in living tissues, so that when the protein is expressed the organism gains a green fluorescence. This is especially noticeable when the organism is transparent like zebrafish or Caenorhabditis elegans. GFP is excited by long-wavelength UV light of 395 nm and then emits light at the green wavelength of 510 nm. The original protein is from the jellyfish Aequorea victoria and is encoded by the gene gfp. Many new variants of GFP have been developed that emit light at different wavelengths, including red, blue, and yellow. The main advantage of using GFP as reporter is the ability to see expression in living tissues.

Other techniques are useful to confirm data obtained with gene expression microarrays. 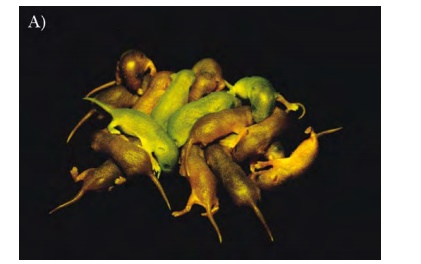 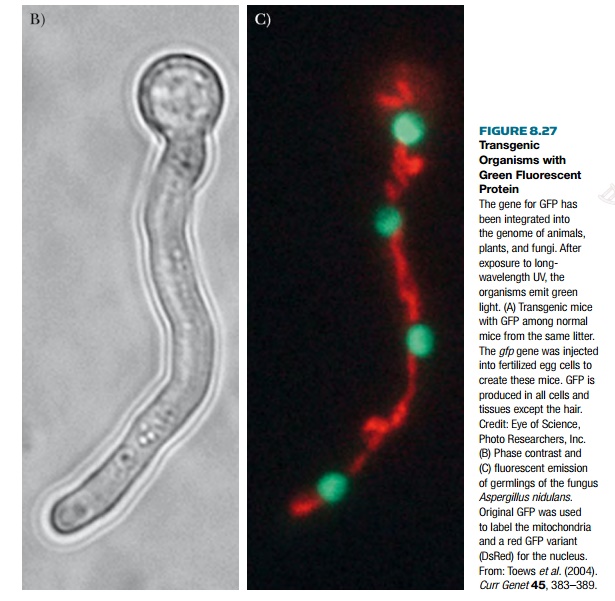