Gaps Remain in the Human Genome

Although the sequence of the genome is considered complete, there are still gaps.

GAPS REMAIN IN THE HUMAN GENOME 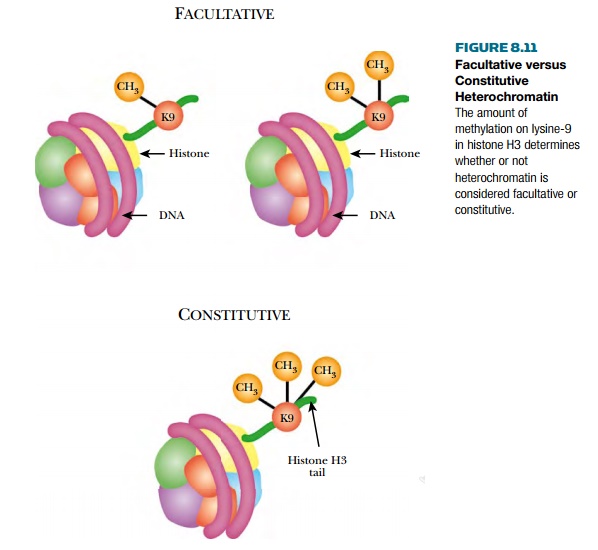 Facultative heterochromatin, on the other hand, is found in other regions of the chromosomes, and its presence is cell-specific. Once a specific region of a chromosome becomes heterochromatin, all of its descendent cells will maintain this pattern. However, neighboring cells may not have heterochromatin in the same regions, leading to position effect variegation (PEV). The theory is that heterochromatin forms in defense against invading retrotransposons and viruses, and also due to gene silencing during RNAi. When a gene is near a region of heterochromatin, the gene is no longer transcribed and becomes dormant.

The amount of methylation on lysine-9 in histone H3 determines whether or not heterochromatin is considered facultative or constitutive.