Analytic Geometry grew out of need for establishing algebraic techniques for solving geometrical problems and the development in this area has conquered industry, medicine, and scientific research.

Analytical Geometry of two dimension is used to describe geometric objects such as point, line, circle, parabola, ellipse, and hyperbola using Cartesian coordinate system.Two thousand years ago (≈ 2− 1 BC (BCE)), the ancient Greeks studied conic curves, because studying them elicited ideas that were exciting, challenging, and interesting. They could not have imagined the applications of these curves in the later centuries.

Solving problems by the method of Analytical Geometry was systematically developed in the first half of the 17th century majorly, by Descartes and also by other great mathematicians like Fermat, Kepler, Newton, Euler, Leibniz, l’Hôpital, Clairaut, Cramer, and the Jacobis.

Analytic Geometry grew out of need for establishing algebraic techniques for solving geometrical problems and the development in this area has conquered industry, medicine, and scientific research.

A driver took the job of delivering a truck of books ordered on line. The truck is of 3m wide and 2.7m high, while driving he noticed a sign at the semielliptical entrance of a tunnel; Caution! Tunnel is of 3m high at the centre peak. Then he saw another sign; Caution! Tunnel is of 12m wide. Will his truck pass through the opening of tunnel’s archway? We will be able to answer this question at the end of this chapter. 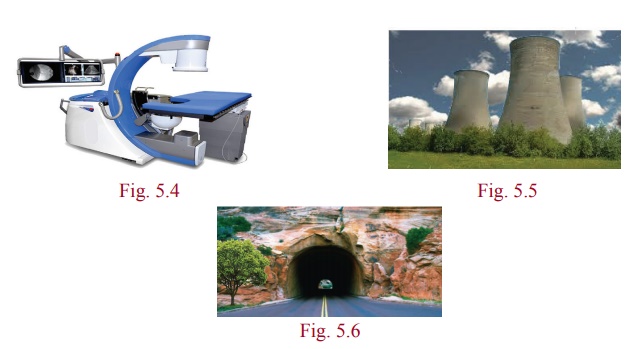 ●    find the centre, vertices, foci etc. from the equation of different conics,

●    derive the equations of tangent and normal to different conics,

●    classify the conics and their degenerate forms,

●    form equations of conics in parametric form, and their applications.