(i) Equation of an Ellipse in standard form 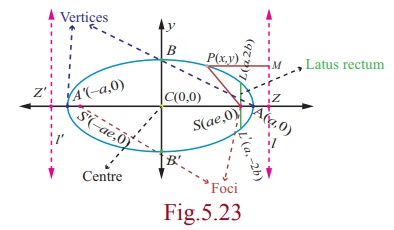 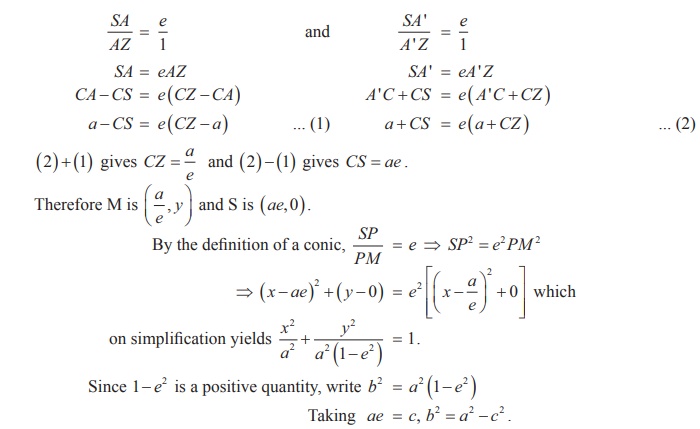 Hence we obtain the locus of P as

which is the equation of an ellipse in standard form and note that it is symmetrical about x and y axis.

(1) The line segment AA¢ is called the major axis of the ellipse and is of length 2a .

(2) The line segment BB¢ is called the minor axis of the ellipse and is of length 2b .

Find the length of Latus rectum of the ellipse 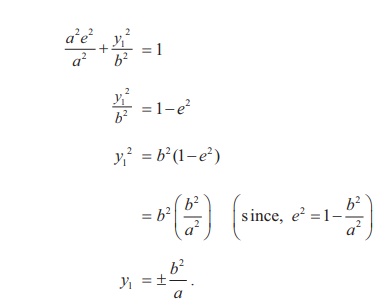 That is, the end points of Latus rectum L and L′ are

(a) Major axis parallel to the x-axis

(b) Major axis parallel to the y-axis 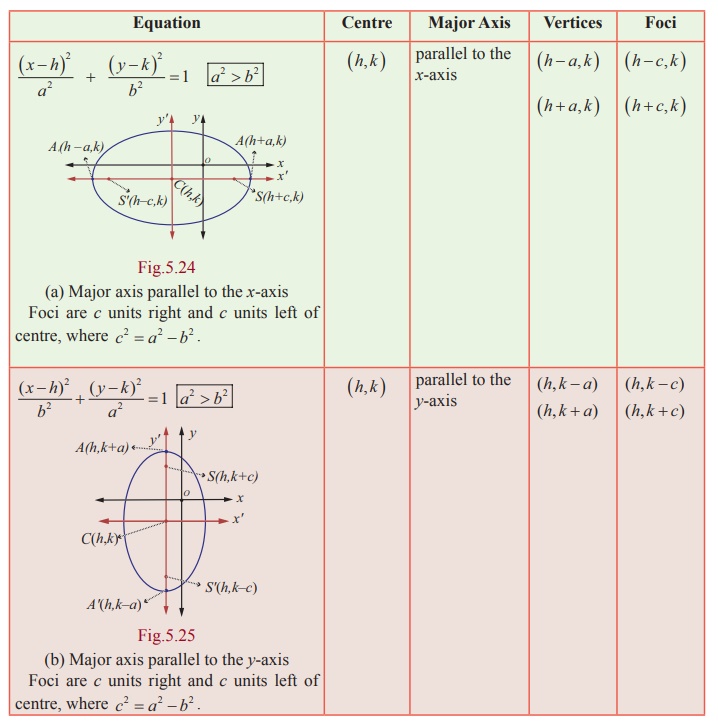 The sum of the focal distances of any point on the ellipse is equal to length of the major axis.

Let P(x, y) be a point on the ellipse

Draw MM ¢ through P  perpendicular to directrices l and l¢ . 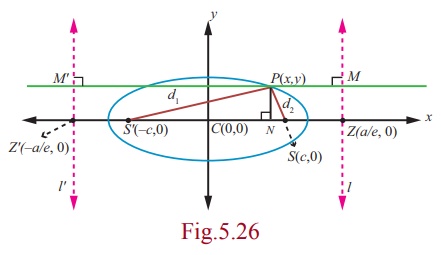 = 0 . Hence the eccentricity of the circle is zero. 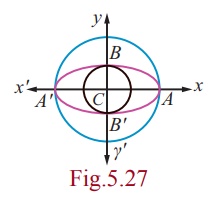