The following steps should be followed for naming an organic compound as per IUPAC nomenclature.

1. Choose the longest carbon chain. (Root word). Consider all the other groups attached to this chain as substitutents.

2. Numbering of the longest carbon chain

3. Naming of the substituents (prefixes or suffixes)

4. Arrange the substitutents in the alphabetical order

5. Write the name of the compound as below 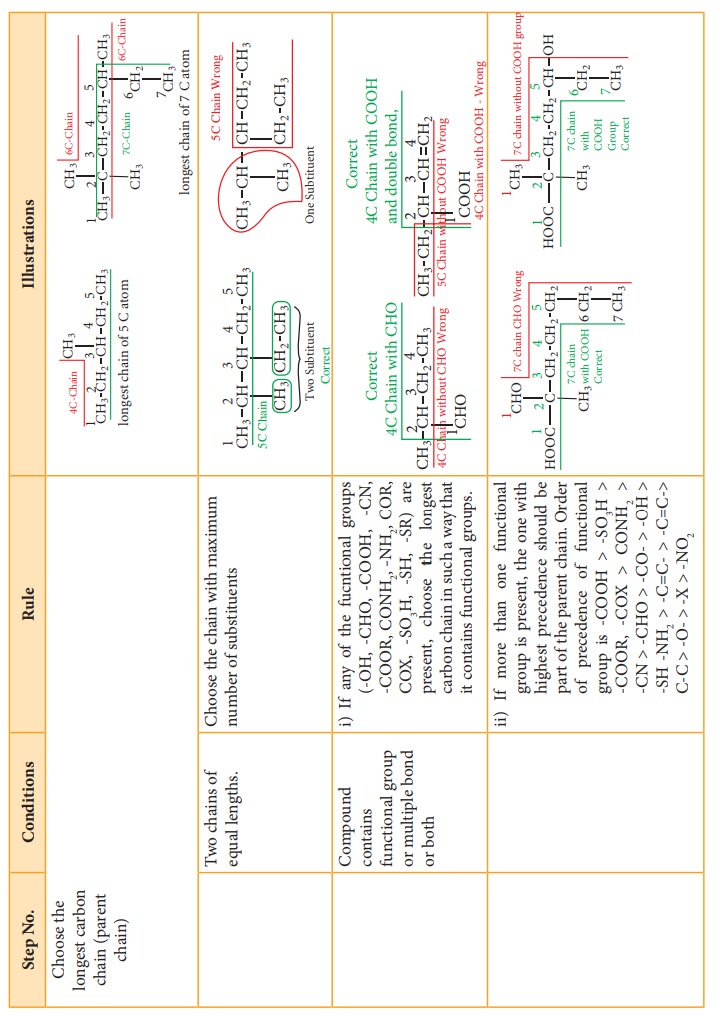 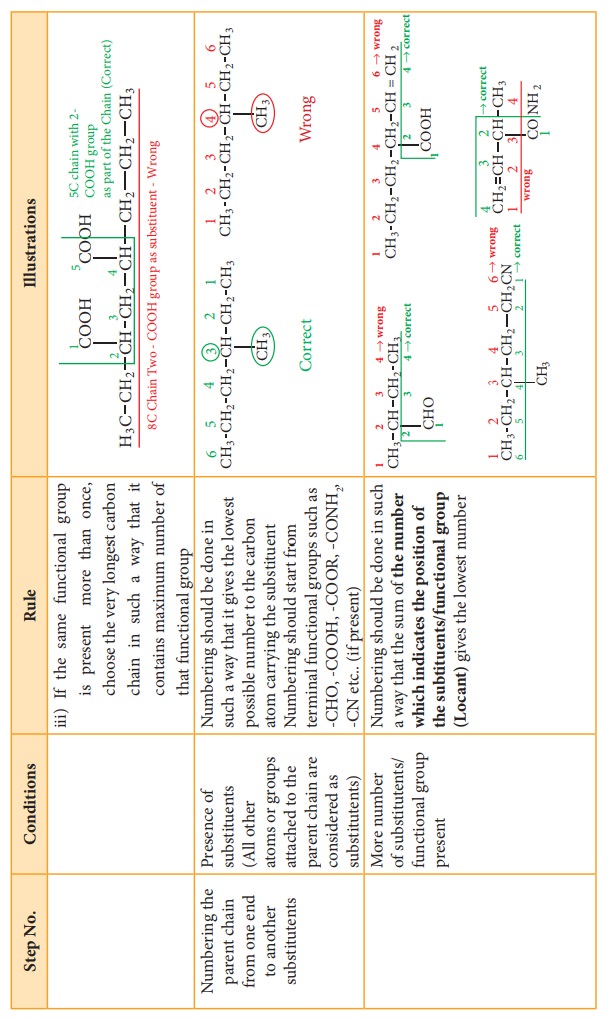 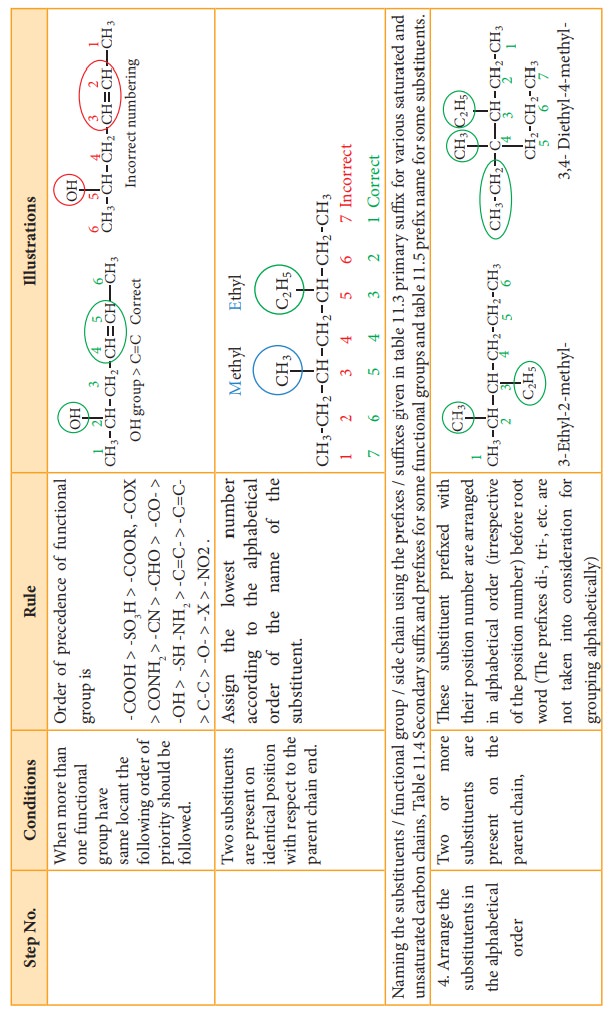 1. The IUPAC names are always written as single word, with notable exception of organic salts, acids and acid derivatives.

2. Commas are used between two adjacent number or letter symbols, and hypens are used to separate numbers and letter symbol in names Eg: 2,2-Dimethyl-3-hexene N,N-Dimethyl methanamide

3. Structural prefix such as, meso-, cis-, trans-, are italicised and joined to the name by a hypen. These prefixes are omitted in alphabetising compound names or in capitalising names at the beginning of a sentence.Eg:trans-2-Butene

4. Structural prefixes such as di, tri, tetra are treated as a part of the basic name and therefore are neither italicised nor separated by a hypen. These prefixes are not taken into account in alphabetising compound names eg: 4- Ethyl -2,2-dimethyl hexane.

5. To name alicyclic compounds , the additional rules should be followed as illustrated in the table 11.x 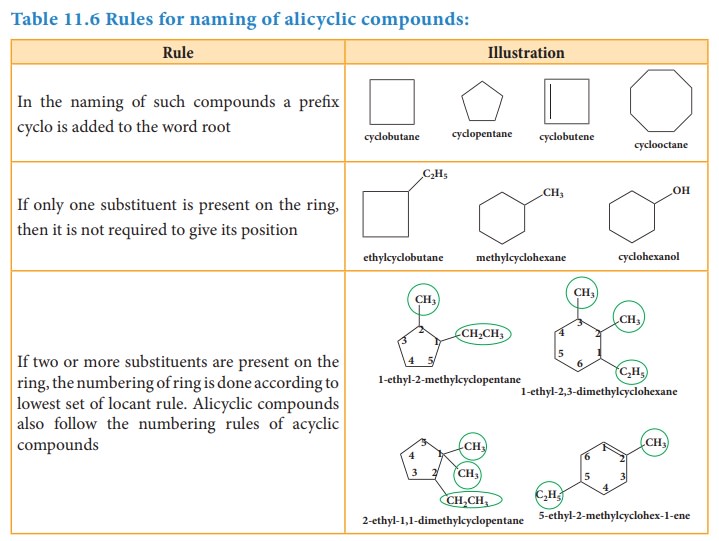 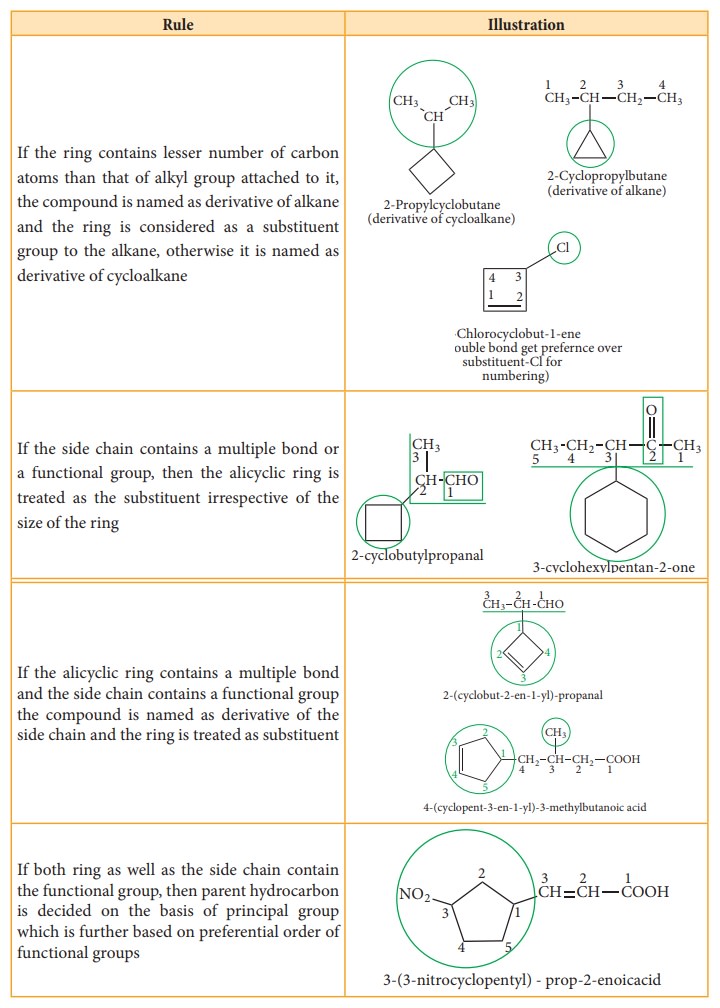 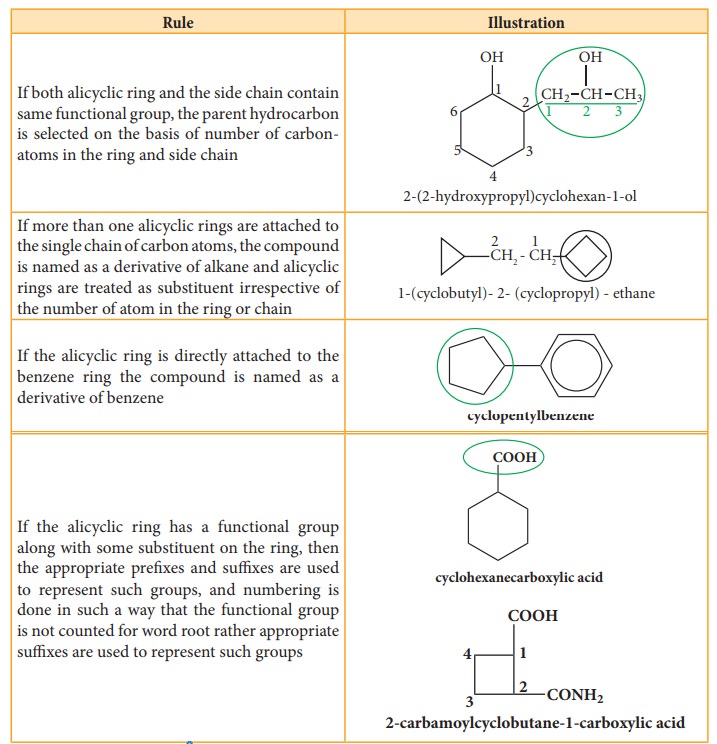 If only one substituent is present on the ring, then it is not required to give its position 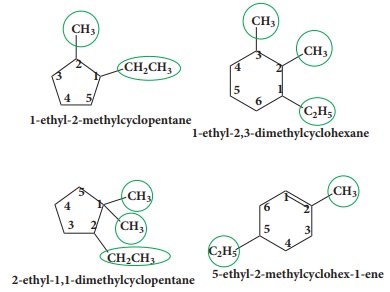 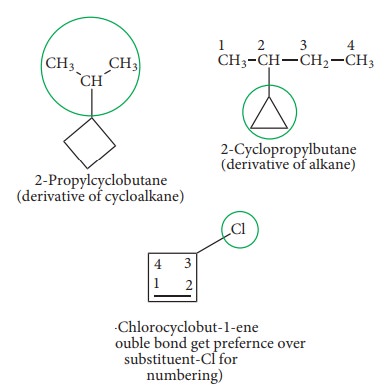 If the side chain contains a multiple bond or a functional group, then the alicyclic ring is treated as the substituent irrespective of the size of the ring 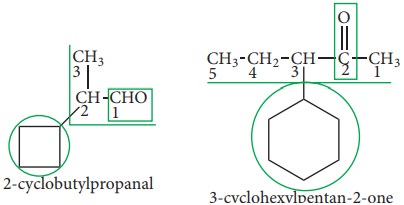 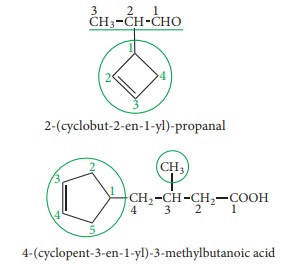 If both ring as well as the side chain contain the functional group, then parent hydrocarbon is decided on the basis of principal group which is further based on preferential order of functional groups 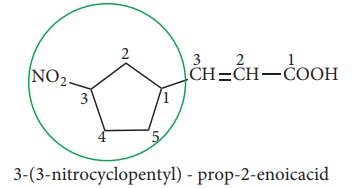 If both alicyclic ring and the side chain contain same functional group, the parent hydrocarbon is selected on the basis of number of carbon-atoms in the ring and side chain 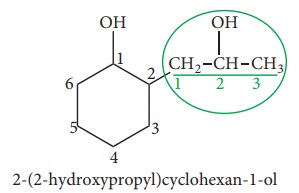 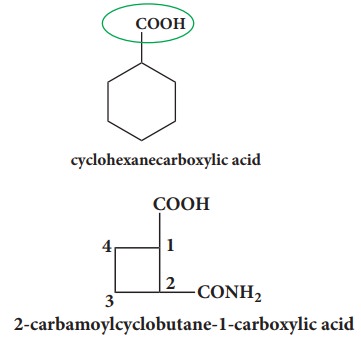