Consider two elastic bodies of masses m1 and m2 moving in a straight line (along positive x direction) on a frictionless horizontal surface as shown in figure 4.16. 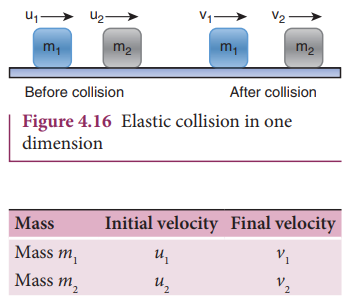 In order to have collision, we assume that the mass m1 moves faster than mass m2 i.e., u1 > u2. For elastic collision, the total linear momentum and kinetic energies of the two bodies before and after collision must remain the same. 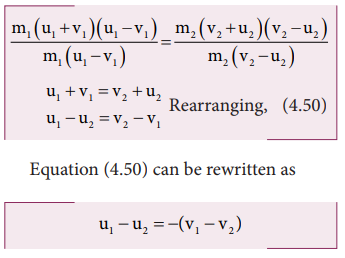 This means that for any elastic head on collision, the relative speed of the two elastic bodies after the collision has the same magnitude as before collision but in opposite direction. Further note that this result is independent of mass.

Rewriting the above equation for  v1 and v2,

To find the final velocities v1 and v2: 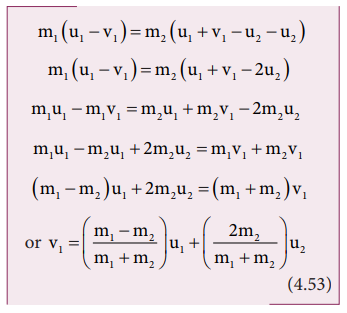 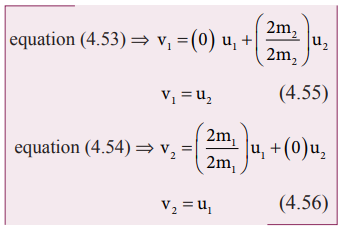 The equations (4.55) and (4.56) show that in one dimensional elastic collision, when two bodies of equal mass collide after the collision their velocities are exchanged.

Equations (4.57) and (4.58) show that when the first body comes to rest the second body moves with the initial velocity of the first body.

The first body is very much lighter than the second body

Dividing numerator and denominator of equation (4.53) by m2, we get 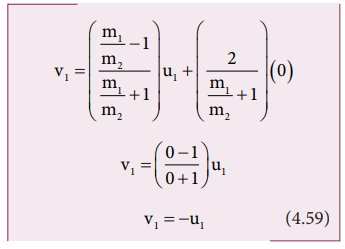 Dividing numerator and denominator of equation (4.54) by m2, we get 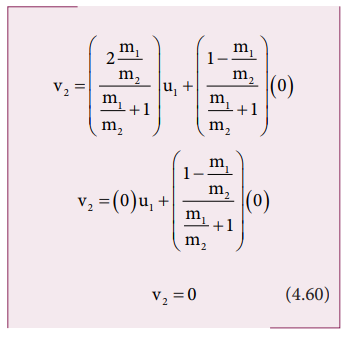 The equation (4.59) implies that the first body which is lighter returns back (rebounds) in the opposite direction with the same initial velocity as it has a negative sign. The equation (4.60) implies that the second body which is heavier in mass continues to remain at rest even after collision. For example, if a ball is thrown at a fixed wall, the ball will bounce back from the wall with the same velocity with which it was thrown but in opposite direction.

The second body is very much lighter than the first body

Dividing numerator and denominator of equation (4.53) by m1, we get 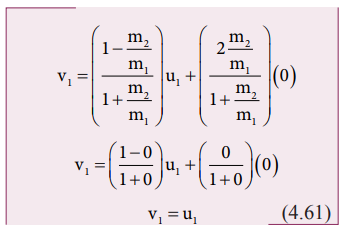 Dividing numerator and denominator of equation (4.58) by m1, we get 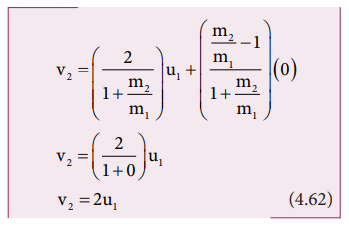 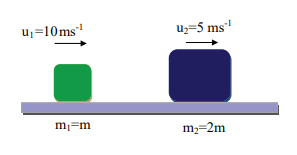 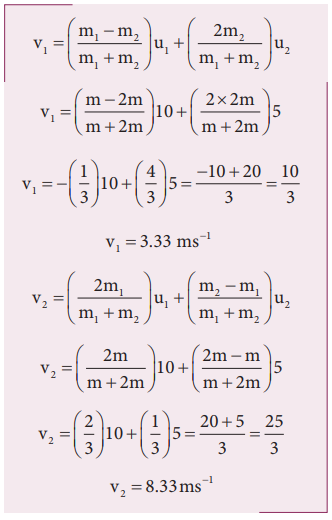