Traditionally organisms existing on the earth were classified into plants and animals based on nutrition, locomotion and presence or absence of cell wall. Bacteria, Fungi, Algae, Bryophytes, Pteridophytes, Gymnosperms and Angiosperms were included under plant group. Recently, with the aid of molecular characteristics the Bacteria and Fungi were segregated and placed under separate kingdoms. 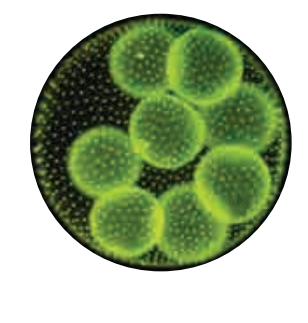 Botany is one of the oldest science in the world because its origin was from time immemorial as early men explored and identified plants for the needs of food, clothing, medicine, shelter etc., Plants are unique living entities as they are endowed with the power to harvest the light energy from the sun and to convert it to chemical energy in the form of food through the astounding reaction, photosynthesis . They not only supply nutrients to all living things on earth but sequester carbon-di-oxide during photosynthesis thus minimizing the effect of one of the major green house gases that increase the global temperature. Plants are diverse in nature, ranging from microscopic algae to macroscopic highly developed angiosperms. There are mysteries and wonders in the plant world in terms of size, shape, habit, habitat, reproduction etc., Although plants are all made up of cells there exists high diversity in form and structure (Table 2.1).