The algae show a great diversity in size, shape and structure.

Algae are Eukaryotes except blue green algae. The plant body does not show differentiation into tissue systems. The cell wall of algae is made up of cellulose and hemicellulose. Siliceous walls are present in diatoms. In Chara the thallus is encrusted with calcium carbonate. Some algae possess algin, polysulphate esters of polysaccharides which are the sources for the alginate,­ agar agar and Carrageenan. 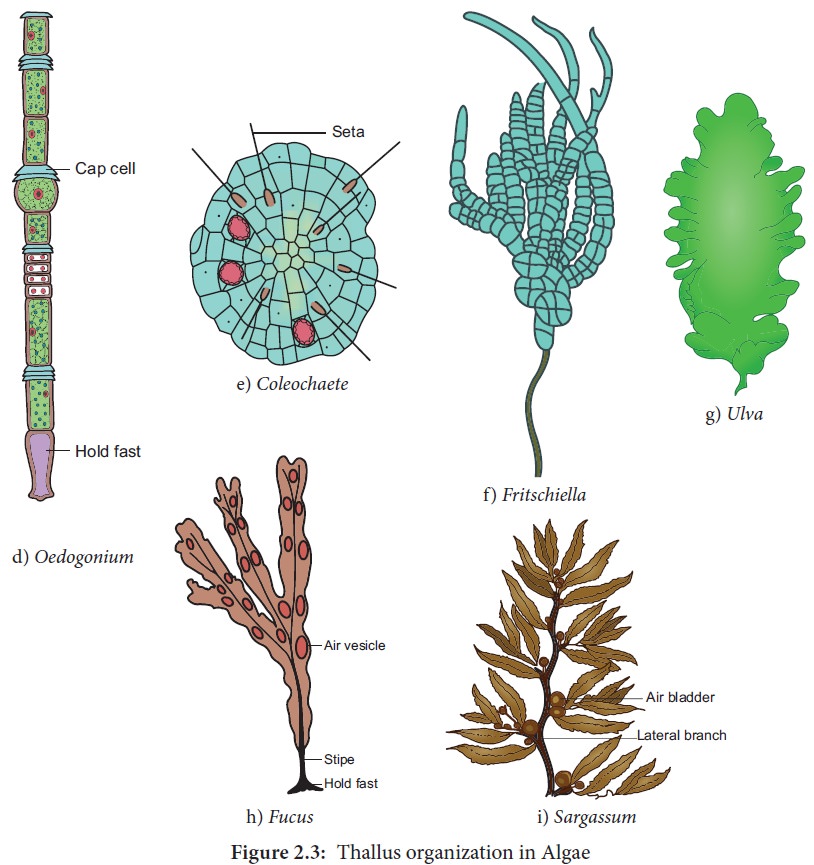 The cell has a membrane bound nucleus and cell organelles like chloroplast, mitochondria, endoplasmic reticulum, golgi bodies etc., Pyrenoids are present. They are proteinaceous bodies found in chromatophores and assist in the synthesis and storage of starch. The pigmentation, reserve food material and flagellation differ among the algal groups. 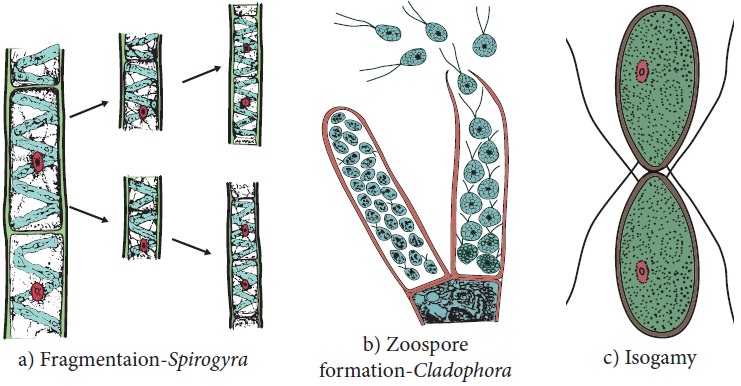