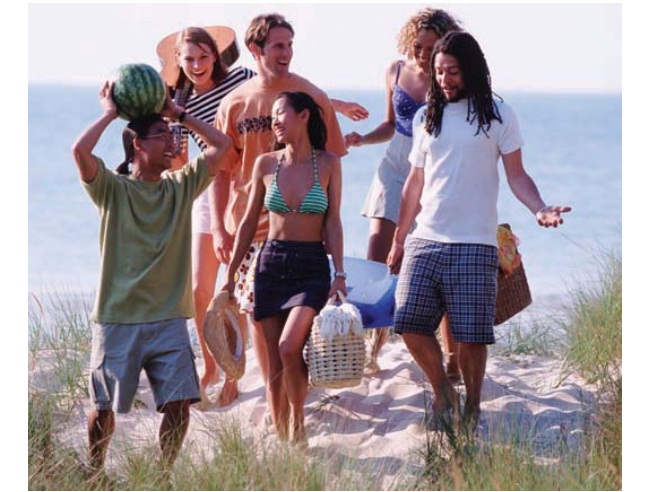 We can understand the motives we have considered so far principally in terms of drive-reduction. In each case, the motive involves some internal tension—feeling cold or hot, feeling hungry, feeling threatened, or feeling sexual needs—and the motivated behaviors help us reduce (or escape) the tension. But surely we are motivated not only to avoid negative experiences, but also to seek positive experiences. Consider the satisfac-tion of solving a difficult problem, the exhilaration of riding a roller coaster or dancing, or the ecstasy of fulfilled love. Plainly we value these kinds of experiences for their own sake. Likewise, people will get out of bed and walk out into the cold simply to enjoy a beautiful sunrise. People will also spend money to see a play or attend a rock concert. All of these activities are difficult to understand in terms of drive-reduction.

In this section, we broaden our consideration of motivational states, and consider motives that go beyond tension-reduction, and are about more than survival. Theorists have described many, many such motives (including motives that lead people to seek affil-iation, achievement, autonomy, control, competence, power, self-esteem, and differentia-tion, among others), and here we will consider two major motives that govern our daily activities, namely, our motive to belong to groups and our motive to achieve.

The Motive to Belong

We all want to belong, to have friends, and to fit in (Leary & Cox, 2008). Indeed, we go to great lengths to seek out and maintain friendships, and we are upset when our rela-tionships are severed. As we will see, much of our mental lives are spent considering others’ thoughts and feelings toward us.

Abraham Maslow (1968, 1996) was one of the early theorists who insisted that to understand what is truly human, psychologists must consider all our motives, and he recognized in particular the motive to belong as a powerful force in human behavior (Figure 12.23). Most psychologists agree. For example, Baumeister and Leary (1995) put it clearly when they said: “The need to belong is a powerful, fundamen-tal, and extremely pervasive motivation”. Thus, people may go without food to make themselves more attractive to others, and they may risk life and limb to impress others around them. 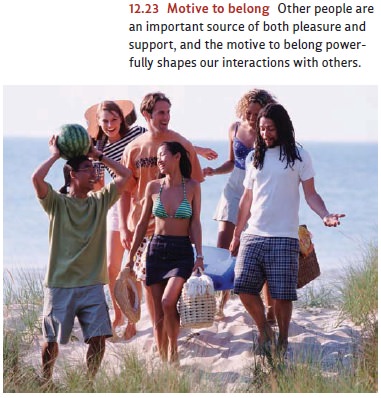 At least part of the need to belong can be understood as yet another form of drive-reduction: We do not want to be alone, or rejected, and so we take steps to avoid these experiences (Schultheiss, 2008). But it is crucial that the motive to belong also has a positive “approach-orientation,” as we seek out the many benefits of being with others. This latter, more positive aspect of affiliation is evident, for example, in the fact that social interaction is a powerful predictor of positive emotion (Watson & Clark, 1994). In addition, a lack of meaningful social interaction predicts a range of negative psychological and physical health outcomes.

Indeed, social contact provides many benefits. For example, other people can provide tangible support, and, in fact, few of us would get by without practical help from manydifferent people—whether it’s borrowing money to do laundry or getting help proof-reading an assignment. Others also provide emotional support. Sometimes this sup-port is direct, as when a friend consoles us when we are sad or distracts us when we are angry; sometimes it is indirect, taking the form of the many emotional connections to others that give our lives texture and meaning. A third reason we seek out others is that how we feel about ourselves is powerfully shaped by how others view us. Indeed, some researchers have argued that self-esteem is an internal readout of how one is faring socially (Leary, Tambor, Terdal, & Downs, 1995).

The Motive to Achieve

Imagine that all of your social needs and all of your drive-based needs mentioned were satisfied, and that you were warm, comfortable, safe, well-fed, and sur-rounded by people who love you. That probably sounds pretty wonderful indeed—but not perfect. What’s missing? For most of us, even this peaceful state of affairs wouldn’t be entirely fulfilling, because it wouldn’t satisfy the motive to create, accomplish, and achieve.

Like the motive to belong, the motive to achieve has a dual aspect—part avoidance, part approach. Half a century ago, McClelland and colleagues suggested that achieve-ment-related behavior can arise either from a fear of failure (avoidance) or from a desire for success (approach) (D. C. McClelland, Atkinson, Clark, & Lowell, 1953). One might think that these two aspects of the achievement motive would be tightly correlated, but they are in fact independent, and they operate differently. It is individuals with a desire for success—rather than a fear of failure—who seek out challenges and excel when the going gets difficult (D. C. McClelland, 1989). 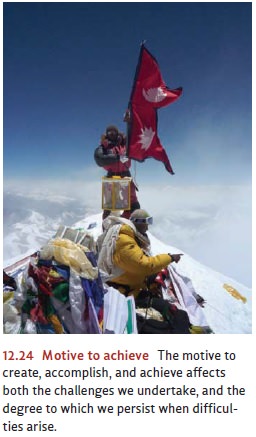 What factors give rise to a fear of failure or a desire for success (Koestner & McClelland, 1990)? Early researchers focused on parenting style, and found some evidence that caregivers who punish failure but take success for granted can instill a fear of failure. By contrast, caregivers can promote a more positive desire for success by rewarding achievement but not punishing failure. More recent research has focused on cognitive factors, such as whether a child adopts a mastery orientation, which is characterized by a focus on learning and improving, or a performance ori-entation, characterized by a focus on performing well in front of others in order tolook smart, or on avoiding failure to keep from looking stupid (Dweck, 1999; 2006). Two decades of research suggest that a mastery orientation is associated with high levels of interest and a deep engagement with the material. When individuals with a mastery orientation encounter adversity (such as a bad grade), they are likely to increase their effort and seek out ways of benefiting from the experience. By contrast, when individuals with a performance orientation get negative feedback, they are more likely to withdraw effort and shift their focus elsewhere (Senko, Durik, & Harackiewicz, 2008).