Hydrogen bonding is one of the most important natural phenomena occurring in chemical and biological sciences.

Hydrogen bonding is one of the most important natural phenomena occurring in chemical and biological sciences. These interactions play a major role in the structure of proteins and DNA. When a hydrogen atom (H) is covalently bonded to a highly electronegative atom such as fluorine (F) or oxygen (O) or nitrogen (N), the bond is polarized. Due to this effect, the polarized hydrogen atom is able to form a weak electrostatic interaction with another electronegative atom present in the vicinity. This interaction is called as a hydrogen bond (20-50 kJ mol−1) and is denoted by dotted lines (…).

Intramolecular hydrogen bonds are those which occur within a single molecule. 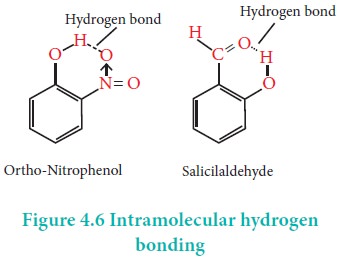 In ice, each atom is surrounded tetrahedrally by four water molecules through hydrogen bonds. That is, the presence of two hydrogen atoms and two lone pairs of electron on oxygen atoms in each water molecule allows formation of a three-dimensional structure. This arrangement creates an open structure, which accounts for the lower density of ice compared with water at 0°C. While in liquid water, unlike ice where hydrogen bonding occurs over a long-range, the strong hydrogen bonding prevails only in a short range and therefore the denser packing. 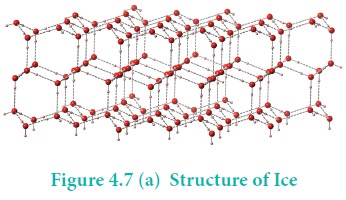 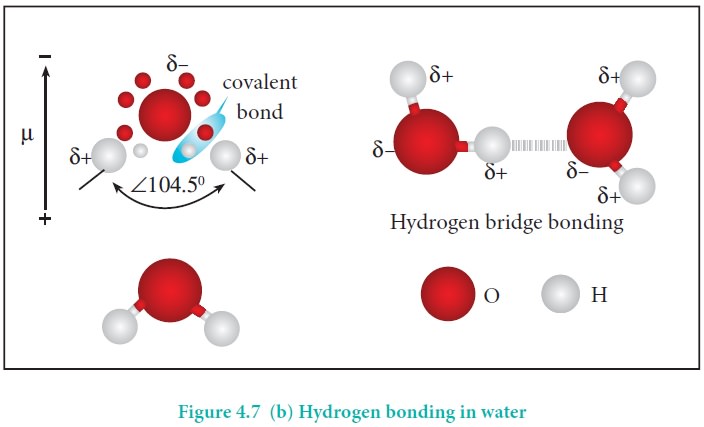 Hydrogen bond occurs not only in simple molecules but also in complex biomolecules such as proteins, and they are crucial for biological processes. For example, hydrogen bonds play an important role in the structure of deoxyribonucleic acid (DNA), since they hold together the two helical nucleic acid chains (strands). 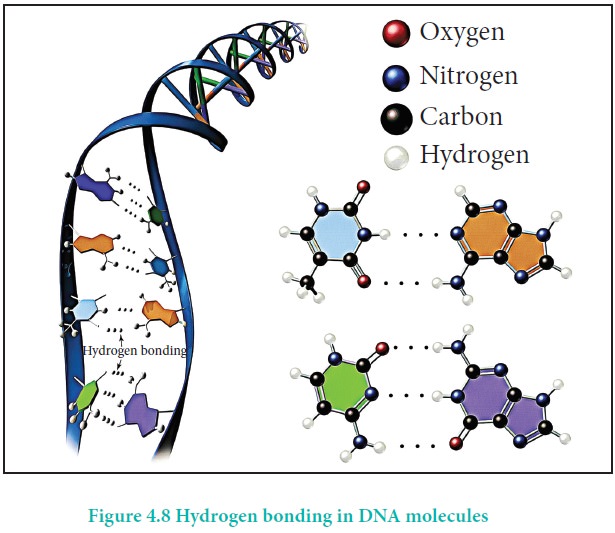