Alkali metals are highly reactive and are found in nature only as compounds.

Alkali metals are highly reactive and are found in nature only as compounds. Rubidium and caesium are found associated in minute quantities with minerals of other alkali metals. Francium is radioactive and does not occur appreciably in nature. Francium is highly radioactive; its longest-lived isotope has a half-life of only 21 minutes. 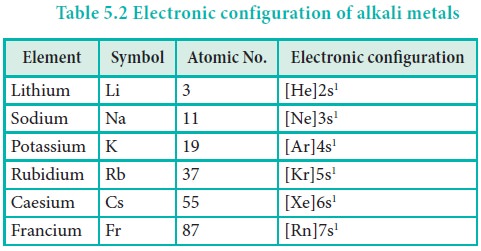 All these elements are highly electropositive in nature. They readily lose their valence electron to give monovalent cations (M+). Alkali metals have only one oxidation state which is +1. 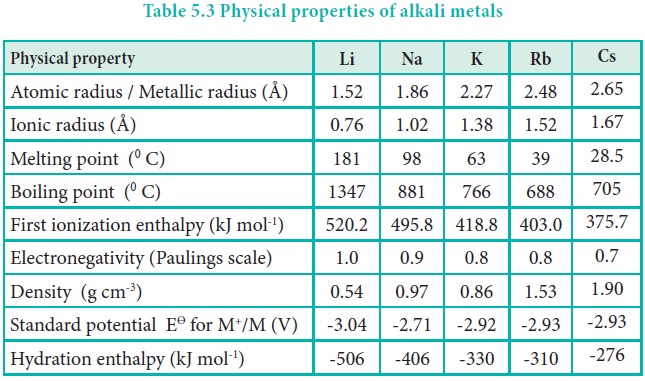 Lithium salts are more soluble than the salts of other metals of group 1. eg. LiClO4 is up to 12 times more soluble than NaClO4. KClO4, RbClO4 and CsClO4 have solubilities only 10-3 times of that of LiClO4 . The high solubility of Li salts is due to strong solvation of small size of Li+ ion. 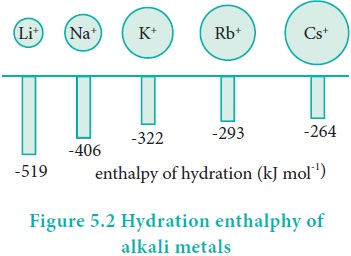 When the alkali metal salts moistened with concentrated hydrochloric acid are heated on a platinum wire in a flame, they show characteristic coloured flame as shown below. 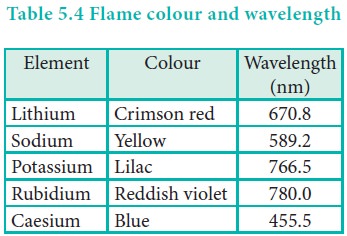 The heat in the flame excites the valence electron to a higher energy level. When it drops back to its actual energy level, the excess energy is emitted as light, whose wavelength is in the visible region as shown in the above table. 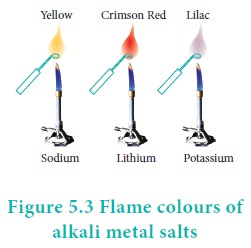