The Depth first search and Breadth first search given earlier for OR trees or graphs can be easily adopted by AND-OR graph. The main difference lies in the way termination conditions are determined, since all goals following an AND nodes must be realized; where as a single goal node following an OR node will do. So for this purpose we are using AO* algorithm.

Like A* algorithm here we will use two arrays and one heuristic function.

It contains the nodes that has been traversed but yet not been marked solvable or unsolvable.

It contains the nodes that have already been processed.

6 7:The distance from current node to goal node.

Step 3: Select a node n that is both on OPEN and a member of T0. Remove it from OPEN and place it in

Step 4: If n is the terminal goal node then leveled n as solved and leveled all the ancestors of n as solved. If the starting node is marked as solved then success and exit.

Step 5: If n is not a solvable node, then mark n as unsolvable. If starting node is marked as unsolvable, then return failure and exit.

Step 6: Expand n. Find all its successors and find their h (n) value, push them into OPEN.

Let us take the following example to implement the AO* algorithm. 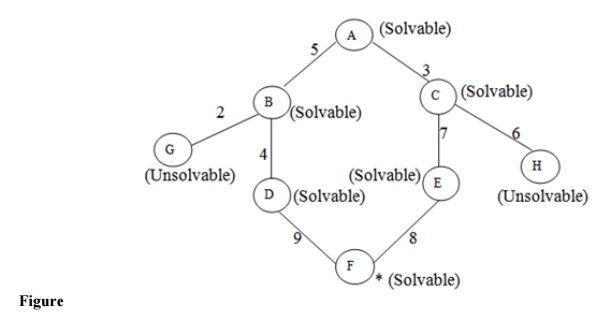 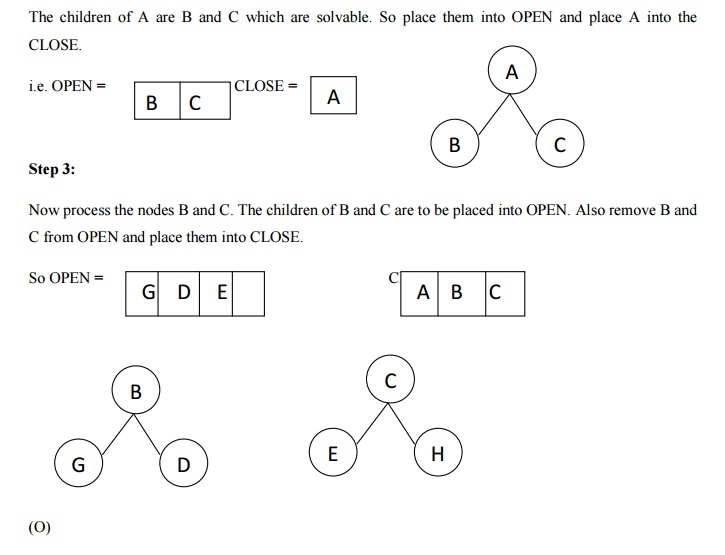 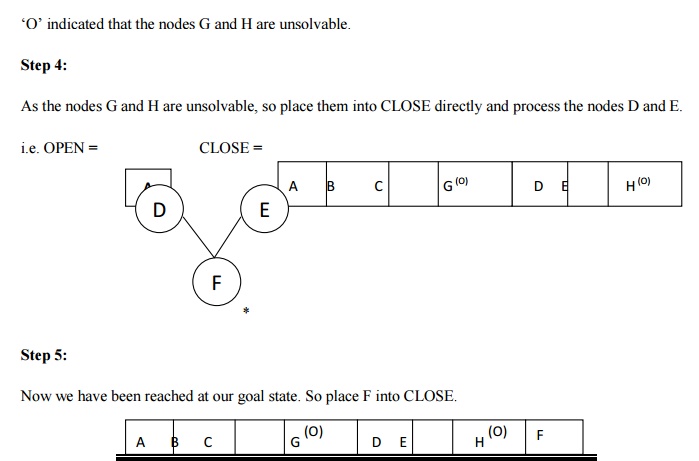 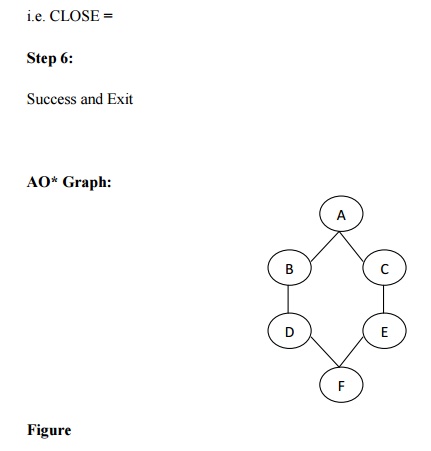 It is an optimal algorithm.

If traverse according to the ordering of nodes. It can be used for both OR and AND graph.

Sometimes for unsolvable nodes, it canâ€™t find the optimal path. Its complexity is than other algorithms.