There are a number of models of neural networks have been developed, each defined at a different level of abstraction and trying to model different aspects of neural systems.

There are a number of models of neural networks have been developed, each defined at a different level of abstraction and trying to model different aspects of neural systems. They range from models of the short term behaviour of individual neurons, through models of how the dynamics of neural circuitry arise from interactions between individual neurons, to models of how behaviour can arise from abstract neural modules that represent complete sub systems. Some neural networks have been illustrated below.

A single layer Ineural networkW consists of a set of units organized in a layer. Each unit Un receives a weighted input I(j) with weight w(jn) Figure shows a single layer neural network with j inputs and n outputs. 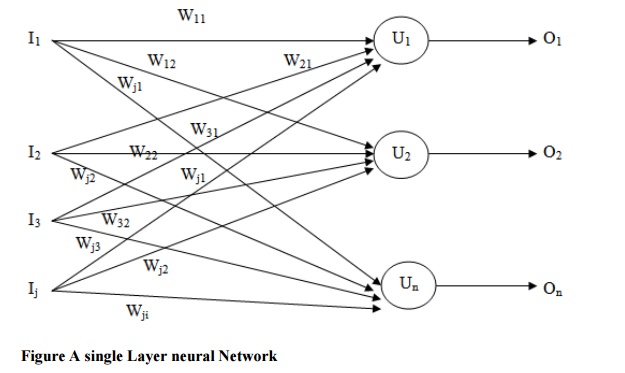 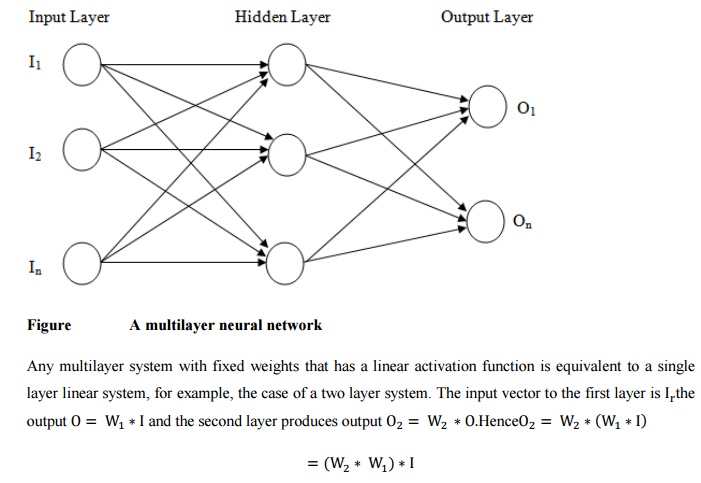 So a linear system with any number n of layers is equivalent to a single layer linear system whose weight matrix is the product of the n intermediate weight matrices. A multilayer system that is not linear can provide more computational capability than a single layer system. Generally multilayer networks have proven to be very powerful than single layer neural network. Any type of Boolean function can be implemented by such a network. At the output layer of a multilayer neural network the output vector is compared to the expected output. If the difference is zero, no changes are made to the weights of connections. If the difference is not zero, the error is calculated and is propagated back through the network.