The magnetic return paths of the three cores can be dropped, which results in the usual type of three-phase transformers. 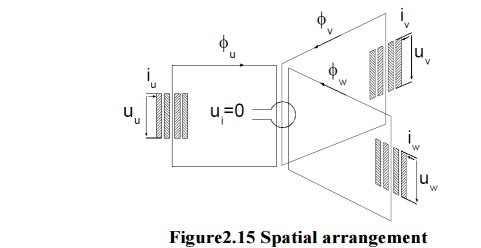 One primary and one secondary winding of a phase is arranged on any leg Five-leg transformers are used for high power applications (low overall height).

Primary and secondary winding can be connected in Y–D – connection, according to Requirements. The additional opportunity of a so called zigzag connection can be used on the secondary side. The separation of the windings into two parts and their application on two different cores characterize this type of connection. This wiring is particularly suitable for single-phase loads. Significant disadvantage is the additional copper expense on thesecondary side increased about a factor 2/3compared to Y– or D – connection. A conversion from line-to-line quantities to phase quantities and the usage of single-phase ecdand phasor diagram is reasonable for the calculation of the operational behavior of balanced loaded three-phase transformers.

The method of symmetrical components (see 2.6) is suited for calculations in case of unbalanced load conditions. In a parallel connection of two three-phase transformers the transformation ratio as well as the phase angle multiplier of the according vector group needs to be adapted.

Examples for vector groups (based on VDE regulations): 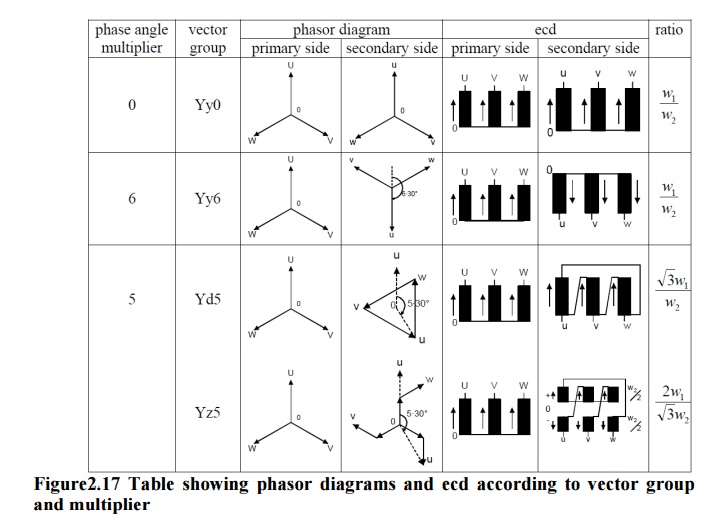 Figure2.17 Table showing phasor diagrams and ecd according to vector group and multiplier

The multiplier gives the number of multiples of 30°, defining the total phase shift, of which the low voltage (secondary side) lags behind the higher voltage (same orientation of reference arrow assumed).

lower voltage: number of multiplier (on the clock)