Design of Tank and Tubes - Transformers

Design of Tank and Tubes

Since the fins are not effective in dissipating heat and corrugated tank involves constructional difficulties, they are not much used now a days. The tanks with tubes are much used in practice. Tubes in more number of rows are to be avoided as the screening of the tank and tube surfaces decreases the dissipation. Hence, when more number of tubes are to be provided, a radiator attached with the tank is considered. For much larger sizes forced cooling is adopted.

Dimensions of the Tank 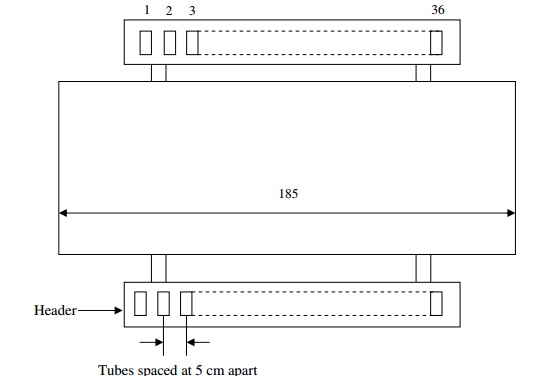 Number and dimensions of tubes

Round, rectangular or elliptical shaped tubes can be used. The mean length or height of the tubes is generally taken as about 90% of tank height.

In case of round tubes, 5 cm diameter tubes spaced at about 7.5cm (from centre to centre) are used. If dt  is the diameter of the tube, then dissipating area of each tube at  = πpdt x 0.9Ht. if nt is the number of tubes, then At = atnt.

Now a days rectangular tubes of different size spaced at convenient distances are being much used, as it provides a greater cooling surface for a smaller volume of oil. This is true in case of elliptical tubes also. The tubes can be arranged in any convenient way ensuring mechanical strength and aesthetic view. 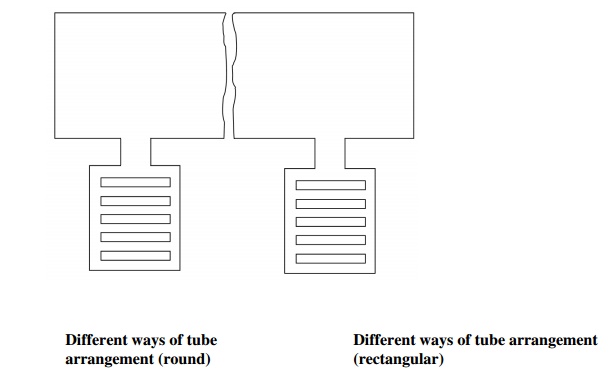 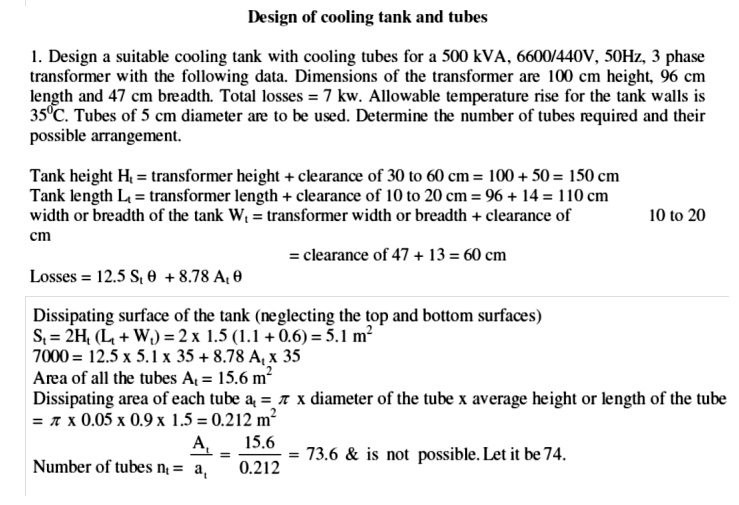 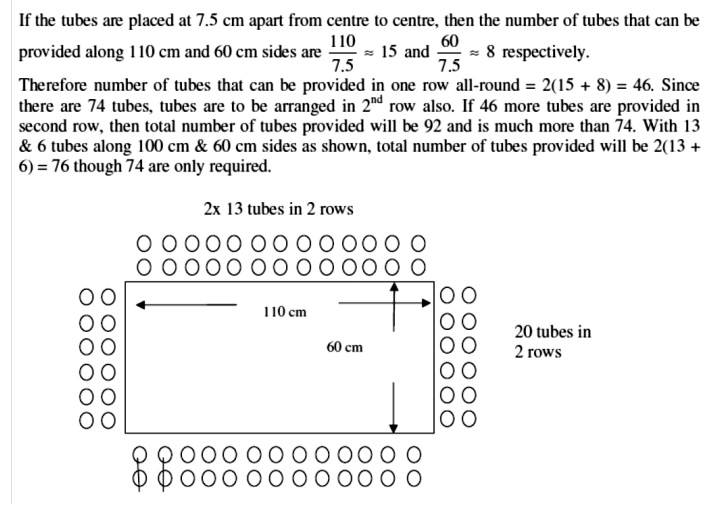 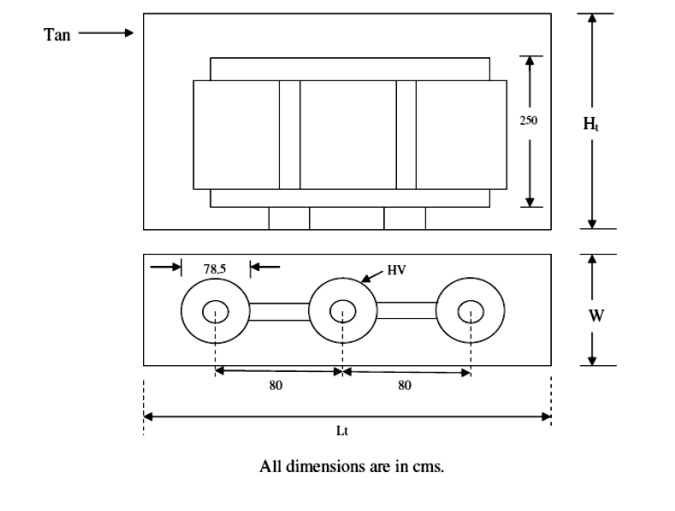