The concept of derivative

Calculus grew out of four major problems that mathematicians were working on during the seventeenth century.

The concept of derivative

Calculus grew out of four major problems that mathematicians were working on during the seventeenth century.

2) The velocity and acceleration problem

3) The minimum and maximum problem

We take up the above problems 1 and 2 for discussion in this chapter while the last two problems are dealt with in the later chapters.

For a general curve, however, the problem is more difficult, for example, how would you define the tangent lines shown in the following figures 10.2 to 10.4. 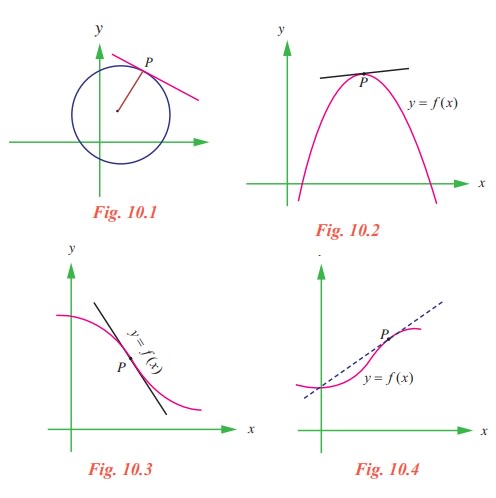 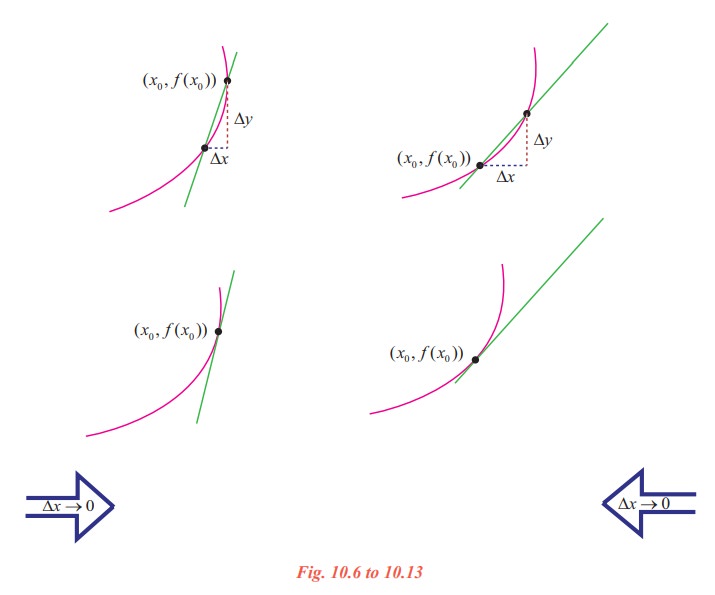 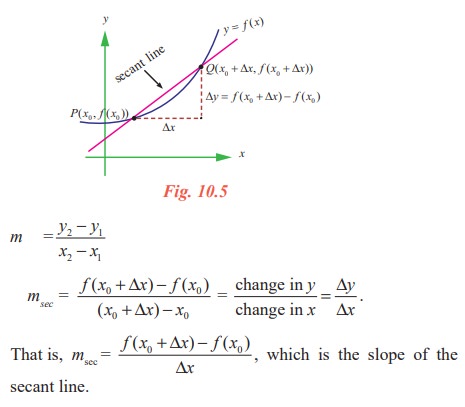 The beauty of this procedure is that you can obtain more and more accurate approximations of the slope of the tangent line by choosing points closer and closer to the point of tangency. 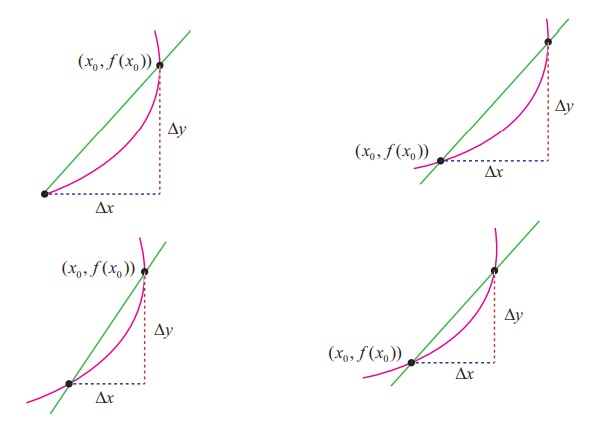 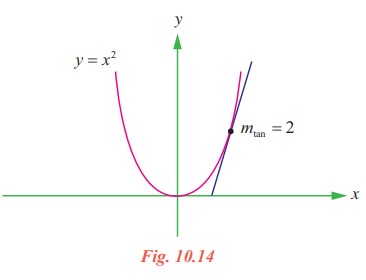 Tabulate the successive values to the right and left of 1 as follows :

Let f be defined on an open interval containing x0, and if the limit

The definition implies that if a graph admits tangent line at a point (x0, f(x0)) then it is unique since a point and a slope determine a single line.

The conditions of the definition can be formulated in 4 steps :

The computation of the slope of the graph in the Illustration 10.1 can be facilitated using the definitions.

Note that for a linear graph, ∆y/∆x  is a constant, depends neither on x0 nor on the increment ∆x.

Suppose an object moves along a straight line according to an equation of motion s = f(t), where s is the displacement (directed distance) of the object from the origin at time t. The function f that describes the motion is called the position function of the object. In the time interval from t = t0 to t = t0 + ∆t, the change in position is f(t0 + ∆t) - f(t0). The average velocity over this time interval is 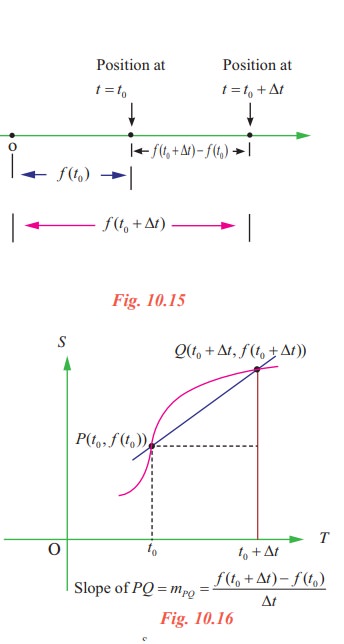 In this time interval ∆t (from t0 to t0 + ∆t) the motion may be of entirely different types for the same distance covered (traversed). This is illustrated graphically by the fact that we can draw entirely different curves C1, C2, C3 ... between the points P and Q in the plane. These curves are the graphs of quite different motions in the given time intervals, all the motions having the same average velocity ∆s/∆t. 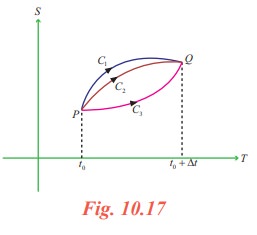 Now suppose we compute the average velocities over shorter and shorter time intervals [t0, t0 + ∆t]. In other words, we let ∆t approach 0. Then we define the velocity (or instantaneous velocity) v(t0) at time t = t0 as the limit of these average velocities.

This means that the velocity at time t = t0 is equal to the slope of the tangent line at P.

The distance s travelled by a body falling freely in a vacuum and the time t of descent are variables. They depend on each other. This dependence is expressed by the law of the free fall: 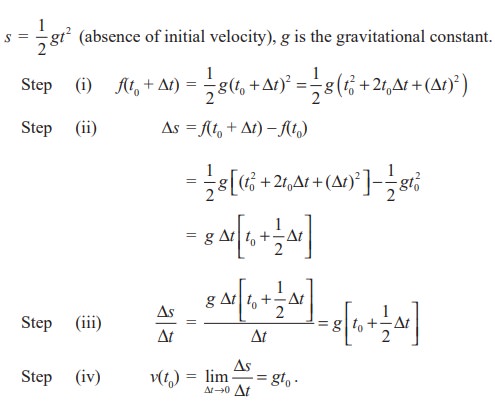 It is clear from this that the velocity is completely defined by the instant t0. It is proportional to the time of motion (of the fall).

3) The derivative of a Function

We have now arrived at a crucial point in the study of calculus. The limit used to define the slope of a tangent line or the instantaneous velocity of a freely falling body is also used to define one of the two fundamental operations of calculus – differentiation.

Let f be defined on an open interval  I ⊆ R containing the point x0, and suppose that

For all x for which this limit exists,

is a function of x.

In addition to f ′(x) , which is read as ‘f prime of x’ or ‘f dash of x’, other notations are used to denote the derivative of y = f(x). The most common notations are

Herer d/dx or D is the differential operator.

The notation dy/dx is read as “derivative of y with respect to x” or simply “dy - dx”, or we should rather read it as “Dee y Dee x” or “Dee Dee x of y”. But it is cautioned that we should not regard dy/dx as the quotient dy ÷ dx and should not refer it as “dy by dx”. The symbol dy/dx is known as Leibnitz symbol.

That is, the function is differentiable from the left and right. As in the case of the existence of limits of a function at x0 , it follows that

As a matter of convenience, if we let h = ∆x, then