Now, as we know, the equation

describes a a circle of radius 2 centered at the origin. Equation (1) is not a function since for any choice of x in the interval - 2 < x < 2 there correspond two values of y, namely 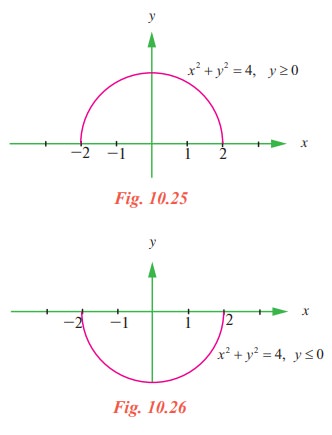 Note that both equations

A more complicated equation such as x4 + x2 y3 − y5 = 2x +1 may determine several implicit functions on a suitably restricted interval of the x-axis and yet it may not be possible to solve for y in terms of x. However, in some cases we can determine the derivative dy/dx by a process known as implicit differentiation. This process consists of differentiating both sides of an equation with respect to x, using the rules of differentiation and then solving for dy/dx . Since we think of y as being determined by the given equation as a differentiable function, the chain rule, in the form of the power rule for functions, gives the result. 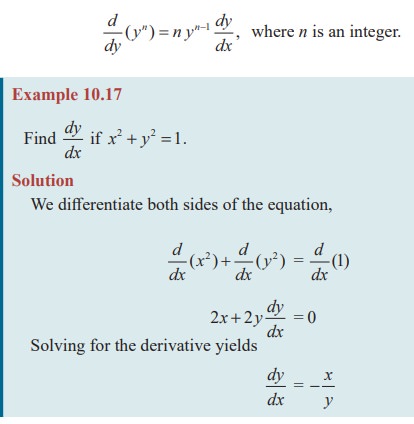 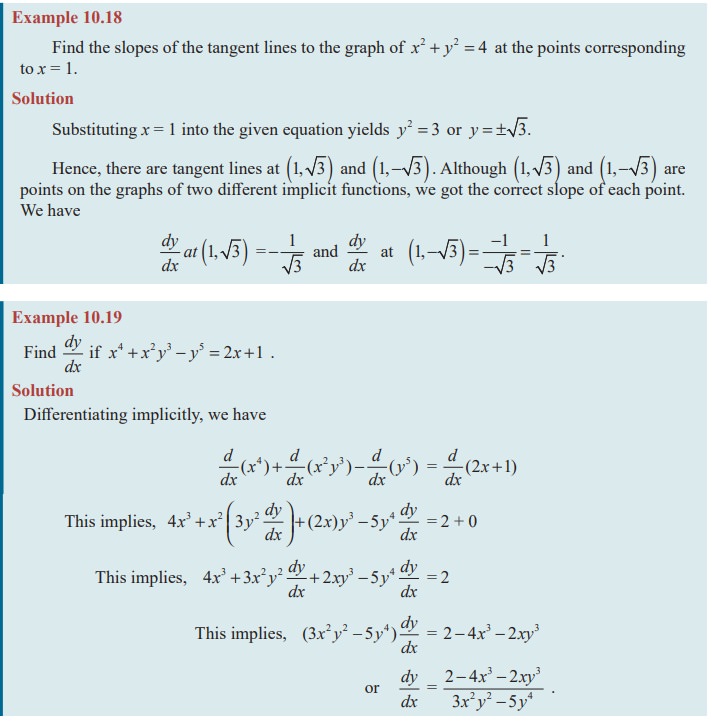 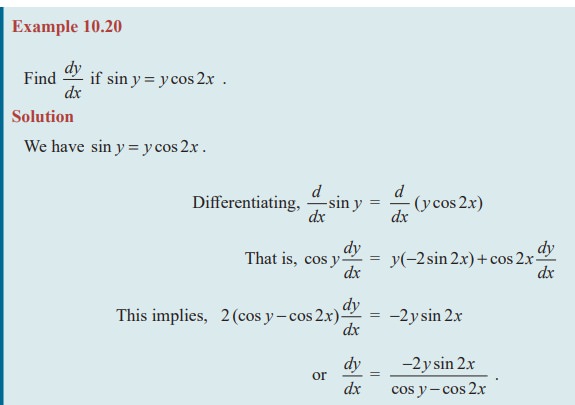