The nucleus of the cell is a denser area found in most cells (mature red blood cells do not contain a nucleus).

The nucleus of the cell is a denser area found in most cells (mature red blood cells do not contain a nucleus). Some cells, such as skeletal muscle cells, may have more than one nucleus. A membrane known as the nuclear membrane, or nuclear envelope, sur-rounds the nucleus, resembling the plasma mem-brane. Channels in the nuclear membrane control the movement of substances in and out of the nucleus. The nucleus contains a denser structure called the nucleolus, in which ribosomes (containing RNA) areassembled.

The nucleus contains all the information required for the cell to function and controls all cellular oper-ations. The nucleus has the information needed for the manufacture of more than 100,000 proteins. It also controls which proteins will be synthesized and in what amounts in a given time.

The information required by the cell is stored in DNA strands. The DNA strands are found in thread-like structures known aschromosomes. Each hu-man cell has 23 pairs of chromosomes. 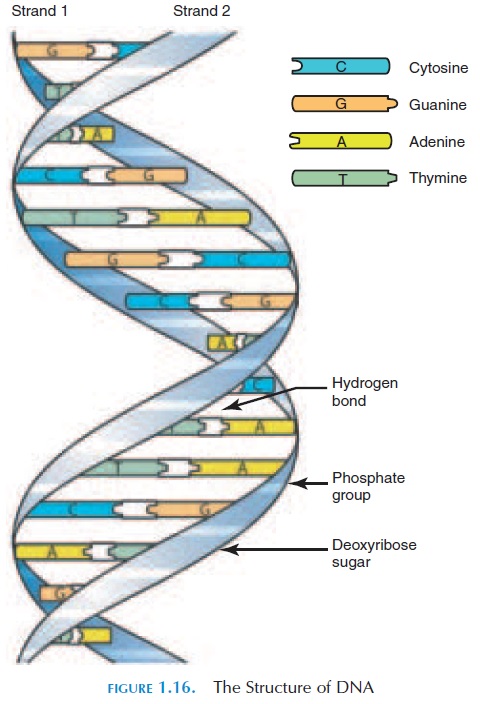 DNA is actually a double-helix strand, with the two strands held together by hydrogen bonds (see Figure 1.16). The genetic code in the DNA is in the se-quence of nitrogenous bases. The nitrogenous bases adenine, thymine, cytosine, and guanine are ar-ranged in different ways to form the genetic code. Three of the bases, arranged in a specific way, code for a specific amino acid. In this way, the DNA has codes that give the sequence of arrangement of amino acids needed to form a specific protein. The lineup of bases that code for a specific protein is known as a gene, and a gene exists for every type of protein manufactured in the body.

When the gene is activated, it begins to manufac-ture proteins with the help of the ribosomes and RNA. The RNA carries the template of the genetic code to the cytoplasm and assures the amino acids are in the right sequence to form the protein. 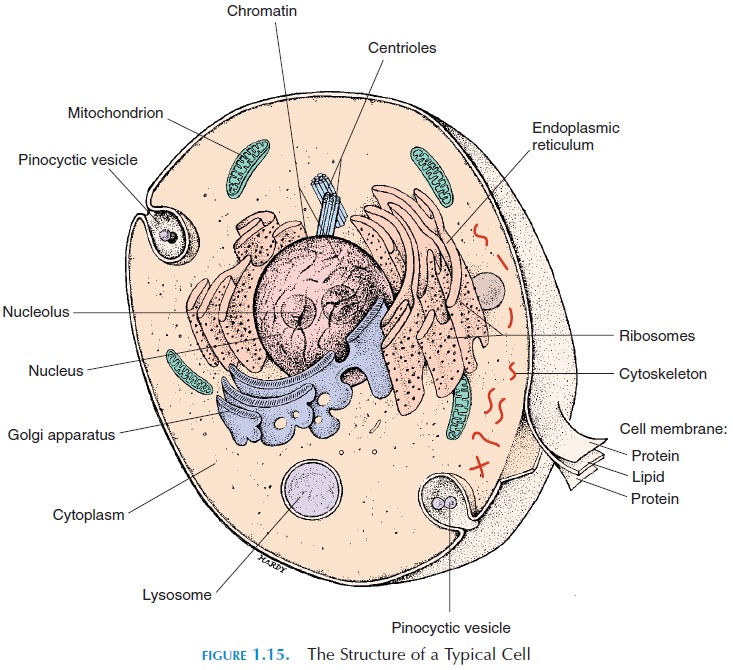