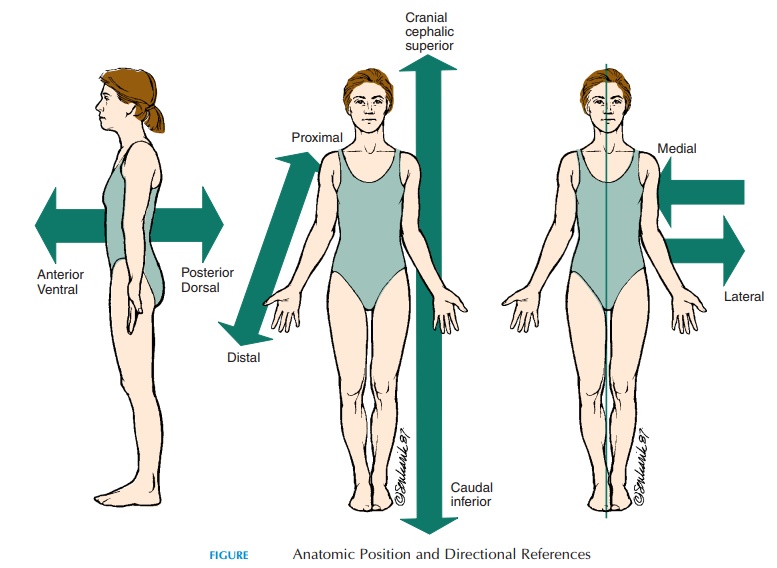 In the anatomic position, a structure is described as superior/cranial or cephalic when it lies toward thehead, or top, and inferior or caudal when it lies to-ward the bottom, or away from the head.

In the anatomic position, a structure is described as superior/cranial or cephalic when it lies toward thehead, or top, and inferior orcaudal when it lies to-ward the bottom, or away from the head (Figure 1.6). For example, the tip of the nose is superior to the lips; the chin is inferior to both. A structure lying in front of another is anterior or ventral. A structure lying behind another is posterior ordorsal. For example, the ear is posterior to the cheek, and the cheek is an-terior to the ear.

Those structures lying closer to an imaginary line passing through the middle of the body in the sagit-tal plane are said to be medial,while those away from the middle are lateral. For example, my belly button will always be medial to my widening waist-line.

A structure lying away from the surface of the body is considered to be deep or internal, while a structure closer to the surface is considered superfi-cial or external. For example, the skin is superficialto the muscles; however, the bone is deep to the mus-cles.Proximal describes structures closer to the trunk (chest and abdomen) and distal describes structures away from the trunk. For example, the el-bow is proximal and the finger is distal to the wrist. 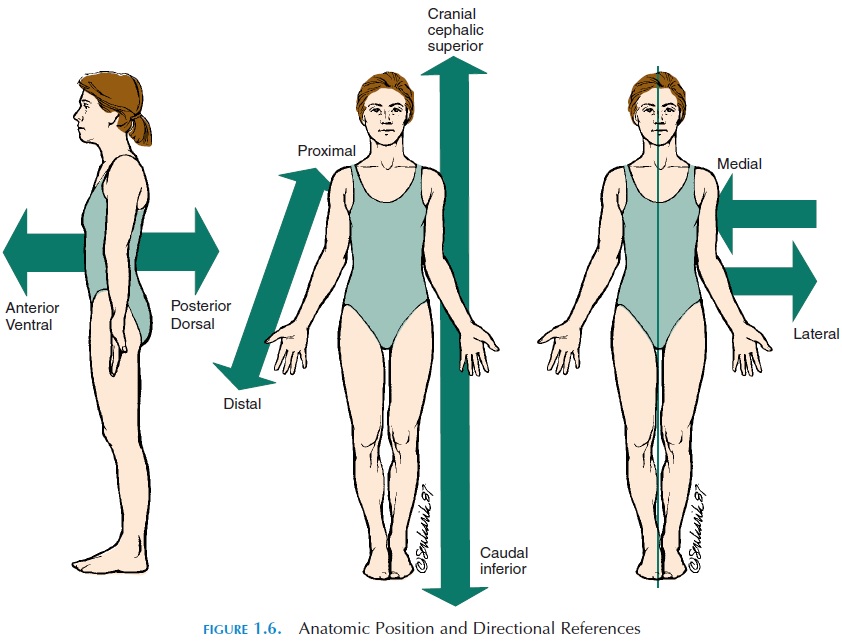