Traditionally, the body has been divided into many systems, according to specific functions. 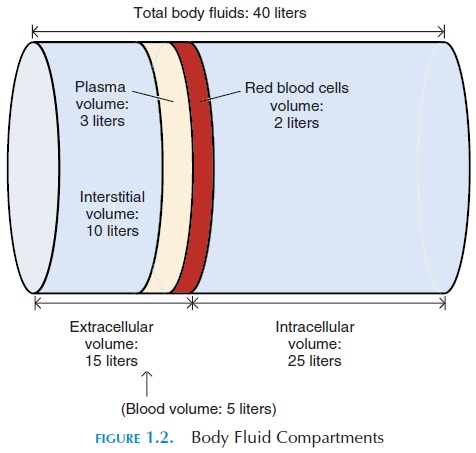 Each system continuously alters its active state to maintain homeostasis. The maintenance of homeo-stasis can be compared to the working of a baking oven. When the temperature is set, the heating ele-ment (the effector) is switched on—indicated by a red light—to heat the oven. When the desired tem-perature is reached, the heating element is switched off and the light goes out. When you open the oven door (without switching off the oven, of course) to check the food that is baking, the light comes on again—have you noticed that? When you open the oven door, the heat escapes and the temperature drops slightly. This drop in temperature is detected (receptor) and conveyed to the thermostat (the con-trol center) in the oven and the heating element isswitched on.

Similarly, the body has various detectors to detect changes in specific elements. Let’s take, for example, the oxygen content in the blood. If the detectors (re-ceptors) find the level of oxygen becoming lower, they stimulate the system(s) that bring oxygen into the body—the respiratory system works harder until the oxygen level reaches the normal range.

Imagine many similar detectors located all over the body—monitoring calcium, hydrogen, and sodium levels; volume of blood; blood pressure; hor-mone levels; and body temperature. Can you picture each of these regulators monitoring specific elements and bringing about an appropriate action or change in various systems—all at the same time! You expect chaos. Instead, the body is orchestrated so beauti-fully that all systems work in harmony with one aim—to maintain homeostasis. When a person is ill, therefore, the body must be treated as a whole and not as individual systems. Massage therapy, to bring about complete healing, should treat the entire per-son and not only the diseased part or state. 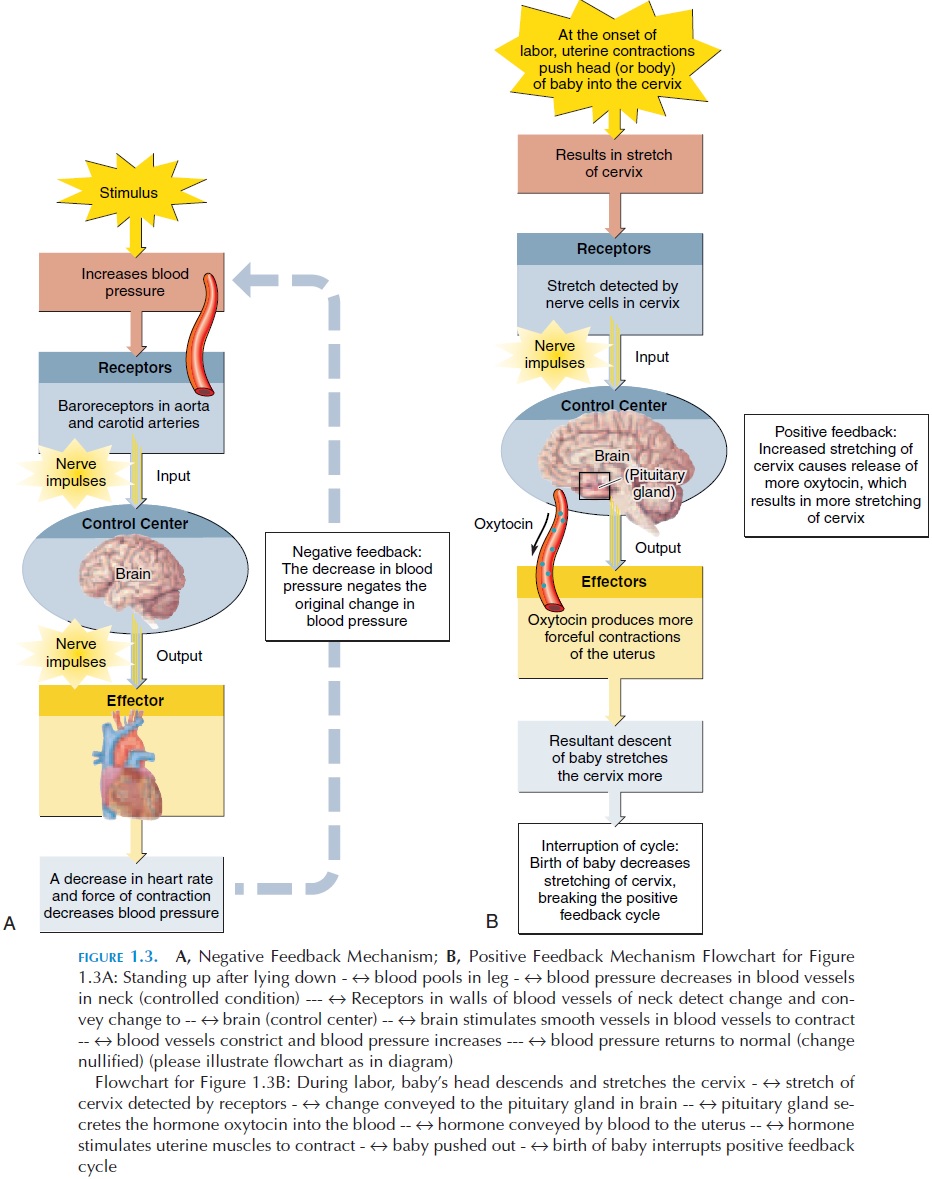 Rarely, changes in the variable are enhanced. In such a feedback loop, change produced in the vari-able is conveyed to the control center, and the control center intensifies the change. This feedback mecha-nism is known as positive feedback (see Figure 1.3B). For example, at the time of labor, the head of the baby descends and stretches the cervix (the lower end of the uterus). The stretch is detected by recep-tors and conveyed to the pituitary gland located in the brain. The pituitary gland secretes a hormone (oxytocin) that produces uterine contractions. The uterine contractions push the baby down, further stretching the cervix. This process continues until the baby is born and the cervix is no longer stretched. Be-cause positive feedback reinforces the change, it is not a feedback mechanism commonly used by the body.

When all the components of every feedback system work well and homeostasis is maintained, the body remains healthy.