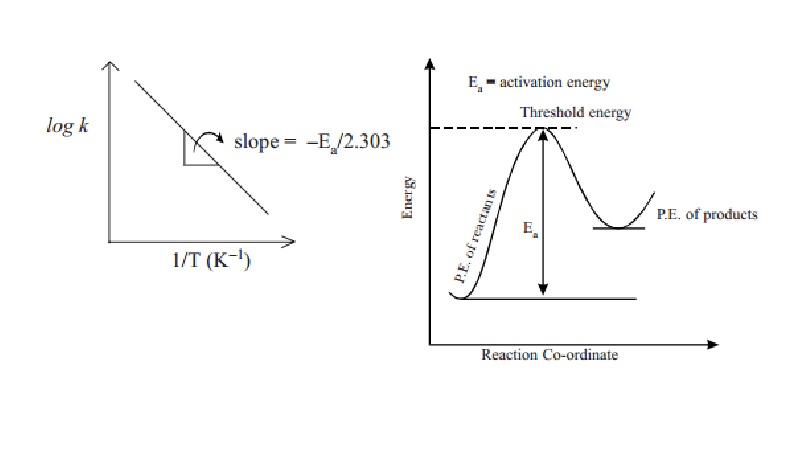 It is a common observation that rates of reactions increase with increase in temperature of the reaction mixture. Keeping the concentration of the reactants constant, the rate is found to be two times its initial value, when measured at a temperature 10 K greater than the initial temperature.

where k = rate constant, Ea = activation energy, A = frequency factor, R = gas constant, T = temperature in Kelvin. If k1 and k2 are the rate constants measured at two different T1 and T˛ temperatures respectively, then Ea can be determined as follows :

Arrhenius equation for two different temperatures T1 and T2 are :

where k1 and k2 are the rate constants at temperature T1 and T2 respectively.

Also, a plot of log k against 1/T values gives a straight line with slope value equals to -E a/2.303 R and intercept value equals to log A. When Ea is a positive value, and if T2 > T1 then k2 > k1. That is, rate constant value at higher temperature is greater than rate constant value at lower temperature. Under such conditions, plot of log k against 1/T gives a negative slope straight line. From the slope of the straight line, Ea can be calculated. 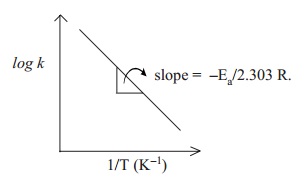 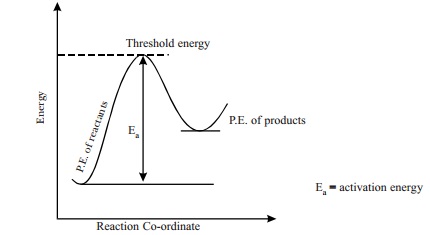 Potential energy diagram of a reaction. The molecular state present at the Ea position in the potential energy diagram, is considered as the intermediate product (or) the transition state. Thus Ea, is also the energy required to form the activated state or the intermediate, which is necessary to form the products. Ea is a characteristic value of a reaction. The rate, rate constant, and their temperature dependance are determined by the value of Ea. Higher the value of Ea, slower is the rate of the reaction. 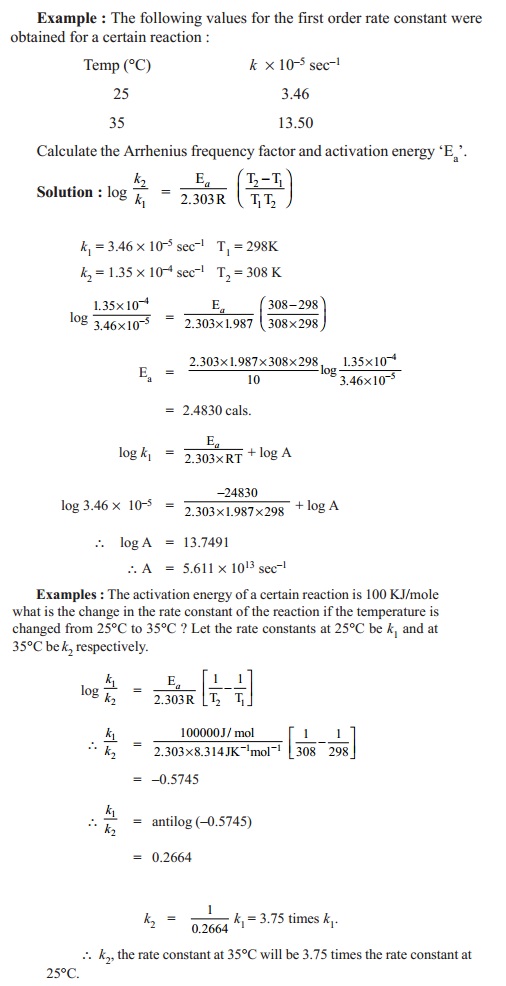 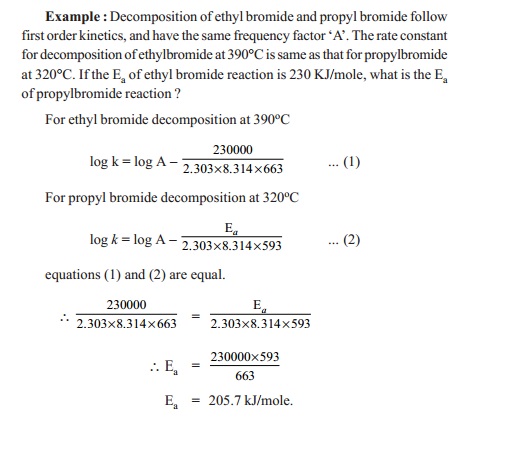