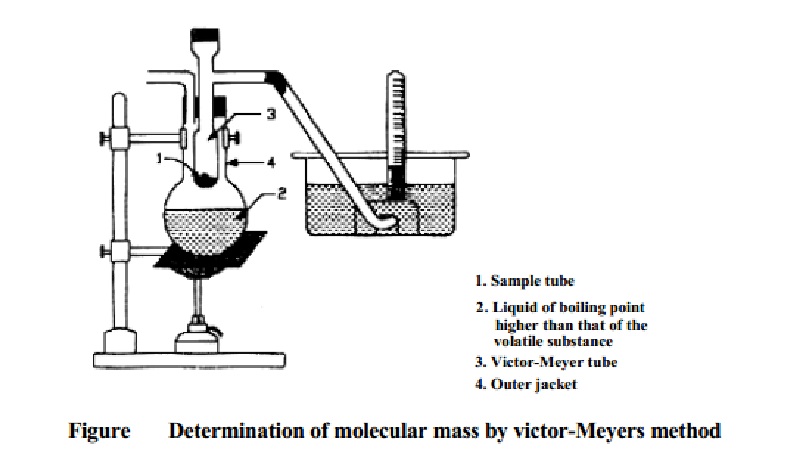 In this method a known mass of a volatile liquid or solid is converted into its vapour by heating in a Victor-Meyer's tube. The vapour displaces its own volume of air.