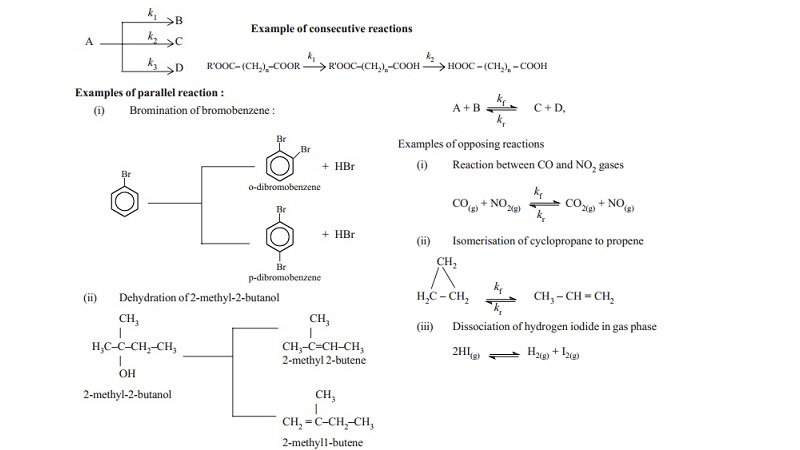 v.            products are not formed in steps directly involving the reactants. 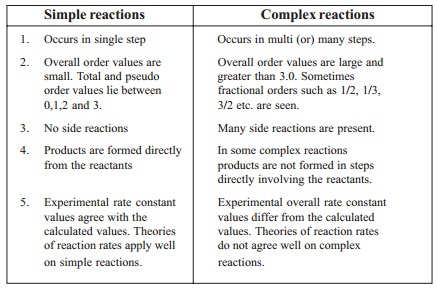 Saponification of a diester in presence of an alkali :

In these group of reactions, one or more reactants react simultaneously in two or more pathways to give two or more products. The parallel reactions are also called as side reactions.

The reactant A reacts to give products B,C,D separately by following three different reaction pathways involving different k1, k2, k3 rate constants respectively. Among the many side reactions, the reaction in which maximum yield of the product obtained is called as the main or major reaction while the other reactions are called as side or parallel reactions. 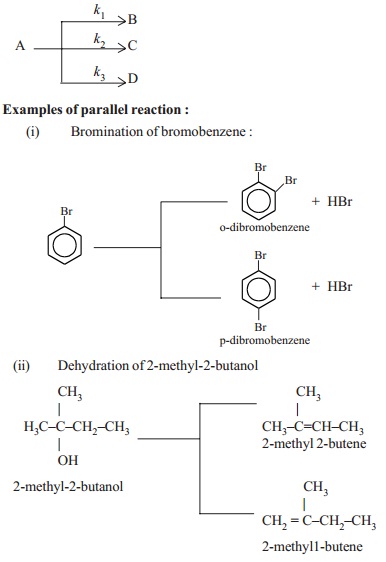 In opposing reactions the products formed react back simultaneously to form the reactants. These reactions are also called as reversible reactions.

(i) Reaction between CO and NO2 gases

(ii) Isomerisation of cyclopropane to propene 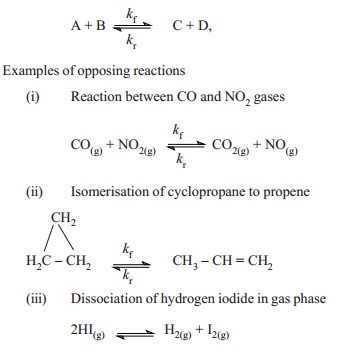