Supersecondary Structures and Domains of Proteins

The α-helix, β-pleated sheet, and other secondary structures are combined in many ways as the polypeptide chain folds back on itself in a protein.

The α-helix, β-pleated sheet, and other secondary structures are combined in many ways as the polypeptide chain folds back on itself in a protein. The combination of α- and β-strands produces various kinds of supersecondary structures in proteins. The most common feature of this sort is the bab unit, in which two parallel strands of β-sheet are connected by a stretch of α-helix (Figure 4.8a). An aa unit (helix-turn-helix) consists of two antiparallel α-helices (Figure 4.8b). In such an arrangement, energetically favorable contacts exist between the side chains in the two stretches of helix. In a β-meander, an antiparallel sheet is formed by a series of tight reverse turns connecting stretches of the polypeptide chain (Figure 4.8c). Another kind of antiparallel sheet is formed when the polypeptide chain doubles back on itself in a pattern known as the Greek key, named for a decorative design found on pottery from the classicalperiod (Figure 4.8e). A motifis a repetitive supersecondary structure. Some of the common smaller motifs are shown in Figure 4.9. These smaller motifs can often be repeated and organized into larger motifs. Protein sequences that allow for a β-meander or Greek key can often be found arranged into a β-barrel in the tertiary structure of the protein (Figure 4.10). Motifs are important and tell us much about the folding of proteins. However, these motifs do not allow us to predict anything about the biological function of the protein because they are found in proteins and enzymes with very dissimilar functions. 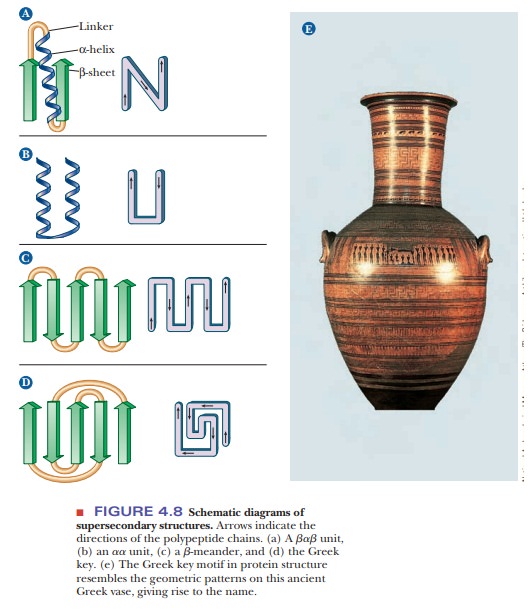 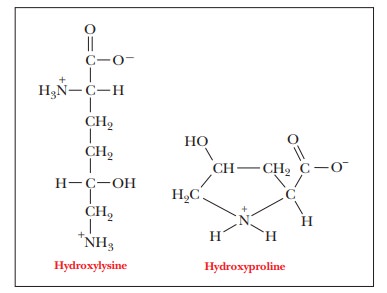 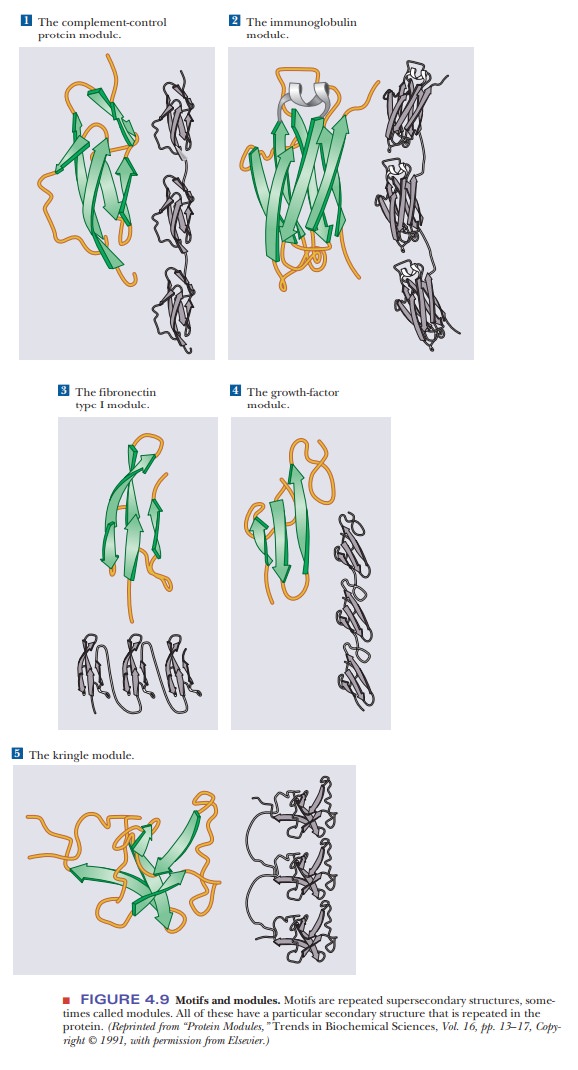 Many proteins that have the same type of function have similar protein sequences; consequently, domains with similar conformations are associated with the particular function. Many types of domains have been identified, including three different types of domains by which proteins bind to DNA. In addition, short polypeptide sequences within a protein direct the posttransla-tional modification and subcellular localization. For example, several sequences play a role in the formation of glycoproteins (ones that contain sugars in addi-tion to the polypeptide chain). Other specific sequences indicate that a protein is to be bound to a membrane or secreted from the cell. Still other specific sequences mark a protein for phosphorylation by a specific enzyme. 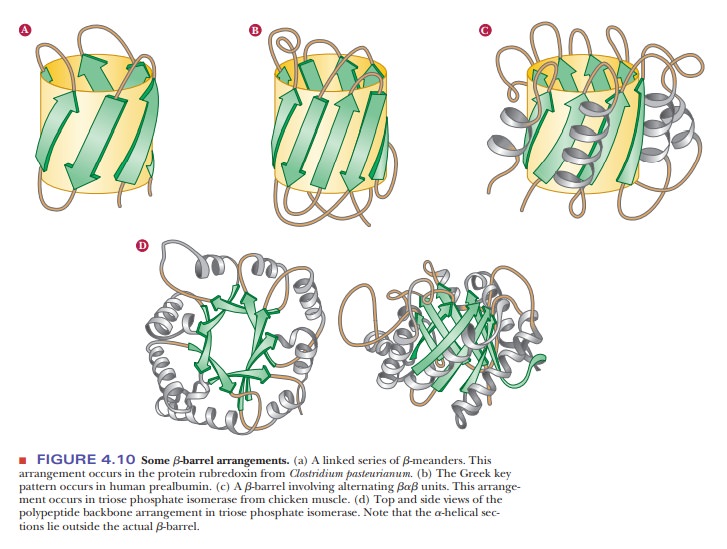