The H+ ions produced in water by the acid molecules exist as H3O+. During the neutralisation reaction, water and salt (existing as ions) are produced in solution. Thus, enthalpy change of neutralisation is essentially due to enthalpy change per mole of water formed from H3O+ and OH- ions. Therefore, irrespective of the chemical nature, the enthalpy of neutralisation of strong acid by strong base is a constant value. At infinite dilutions, complete ionisation of acids and bases are ensured and also the inter ionic interactions exist in the lowest extents.

Thus, acetic acid with NaOH and ammonium hydroxide with HCl neutralisation reactions can be written as, 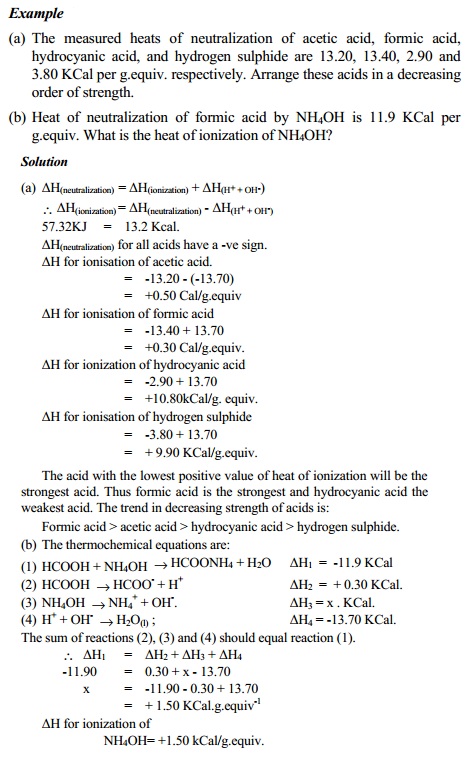