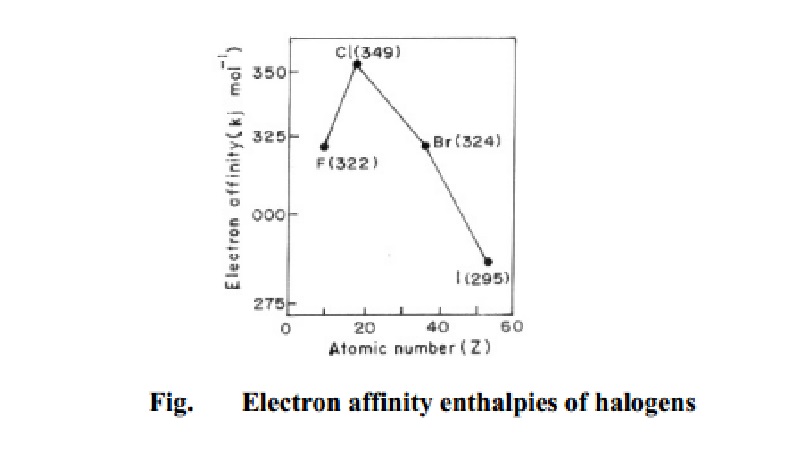 Electronegativity may be defined as the tendency of an atom in a molecule to attract towards itself the shared pair of electrons. The main factors, which the electronegativity depends, are effective nuclear charge and atomic radius.

The main differences between Electron gain enthalpy (electro affinity) and electronegativity are given below :

2.     It is measured in electron volts/atom or kcal/mole kj/mole.