The kinetic theory of gases which is the basis for the gas equation (PV=nRT).

The kinetic theory of gases which is the basis for the gas equation (PV=nRT), assumes that the individual gas molecules occupy negligible volume when compared to the total volume of the gas and there is no attractive force between the gas molecules. Gases whose behaviour is consistent with these assumptions under all conditions are called ideal gases. But in practice both these assumptions are not valid under all conditions. For example, the fact that gases can be liquefied shows that the attractive force exists among molecules. Hence, there is no gas which behaves ideally under all conditions. The non-ideal gases are called real gases. The real gases tend to approach the ideal behaviour under certain conditions.

The deviation of real gases from ideal behaviour is measured in terms of a ratio of PV to nRT. This is termed as compressibility factor. Mathematically, 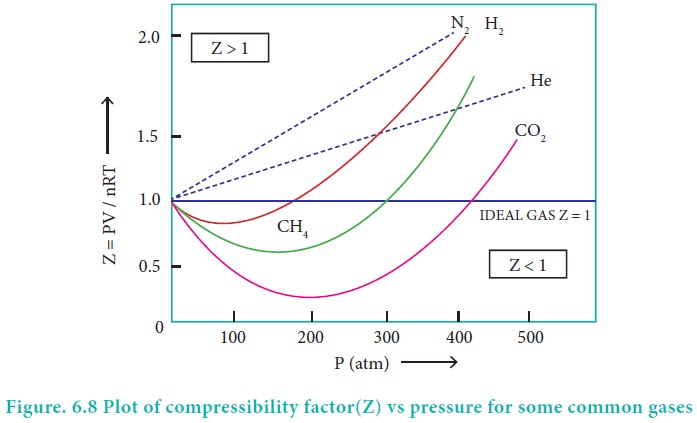 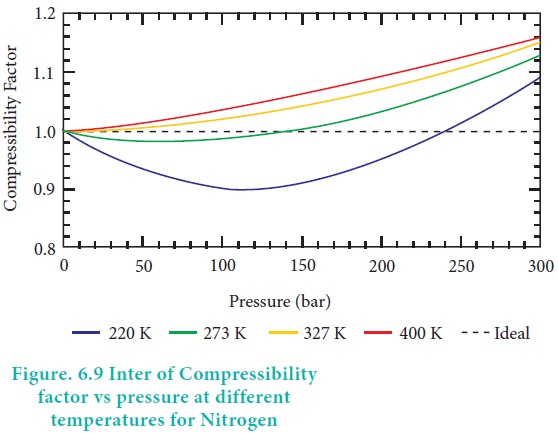 The compressibility factor Z for real gases can be rewritten 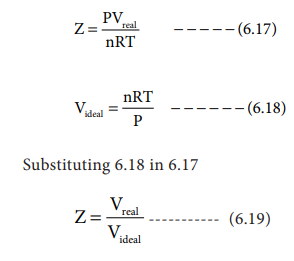 The pressure of a gas is directly proportional to the force created by the bombardment of molecules on the walls of the container. The speed of a molecule moving towards the wall of the container is reduced by the attractive forces exerted by its neighbours. Hence, the measured gas pressure is lower than the ideal pressure of the gas. Hence, van der Waals introduced a correction term to this effect. 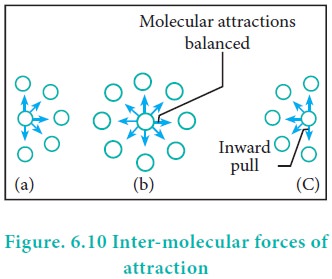 Van der Waals found out the forces of attraction experienced by a molecule near the wall are directly proportional to the square of the density of the gas.

As every individual molecule of a gas occupies a certain volume, the actual volume is less than the volume of the container, V. Van der Waals introduced a correction factor V' to this effect. Let us calculate the correction term by considering gas molecules as spheres. 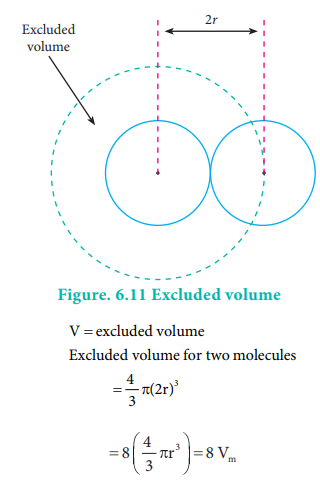 Replacing the corrected pressure and volume in the ideal gas equation PV=nRT we get the van der Waals equation of state for real gases as below,

The constants a and b are van der Waals constants and their values vary with the nature of the gas. It is an approximate formula for the non-ideal gas.