The term 'S' entropy is evolved from the formulation of II law of thermodynamics as a thermodynamic state function.

The entropy of the universe increases in an irreversible process.

DS is positive (DS > 0). For an equilibrium process, DS is zero.

For a non spontaneous process,

viii)     Entropy change is related to enthalpy change as follows:

For a reversible and isothermal process,

Since DH is the heat absorbed (or) evolved in the process at constant T and pressure P.DS is also calculated from DH as DS = DH / T where T is the temperature of the process involving DH, amount of enthalpy change, at constant pressure. 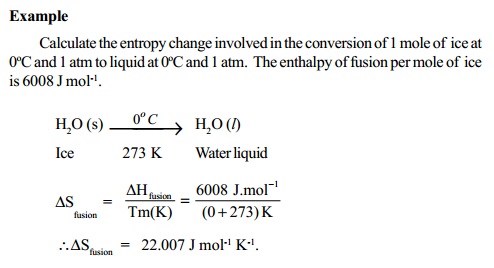 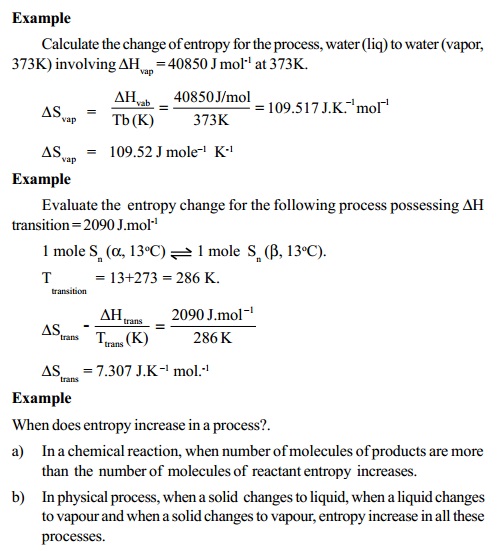 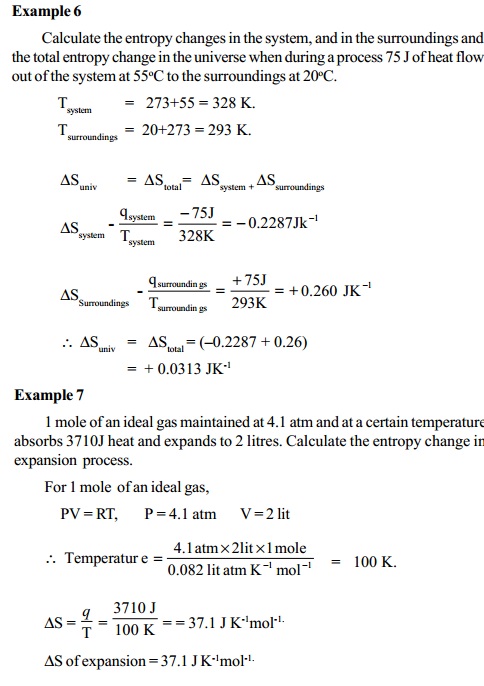 The absolute entropy of a pure substance at 25 o C (298 K) and 1 atm pressure is called the standard entropy, S o . The standard entropies of all substances either elements or compounds at any temperature above 0 o K always have positive values.

This DS o is the standard entropy change of the reaction.

Standard entropy change of formation, DS o f is defined as the entropy of  formation of 1 mole of compound from the elements present in the standard conditions. DS o fcan be calculated for chemical compounds using the S o values of elements from which the compound is formed. DS o f    compound   =  SS o compound - S S o elements 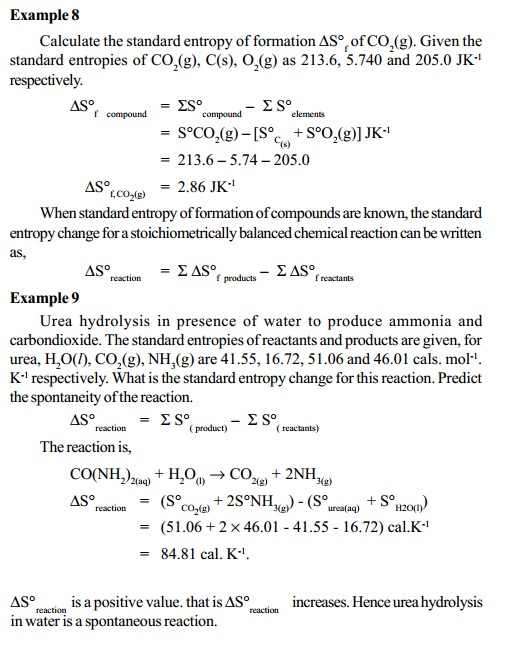