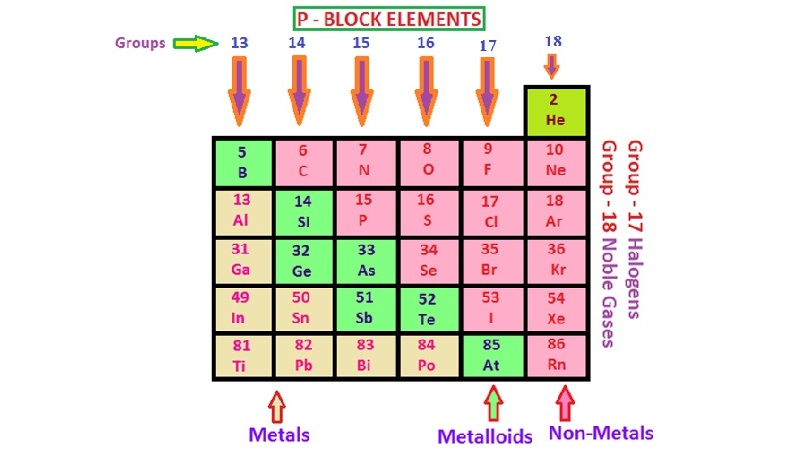 p-block elements show a variety of oxidation state both positive and negative. As we go down the group, two electrons present in the valence `s' orbital become inert and the electrons in the `p' orbital are involved in chemical combination. This is known as `inert pair effect'.

The inert pair effect is really a name, not an explanation. A full explanation involves the decreasing strength of the M-X bond going down the group (for covalent compounds) or the decreasing lattice energies of compounds containing the M4+ ion (for ionic compounds). In this way the energy input needed to form compounds of the formula MX4 are less likely to be balanced by the energy released when the four M-X bonds are formed, so the equilibrium favours the left hand side.

The existence of a positive oxidation state corresponding to the group number and of another state two units lower is an illustration of the inert pair effect, the term referring to the valence `s' electrons, used in bonding in the higher oxidation state but not in the lower.

This inertness is found only, i) when the `s' electrons are in the fifth or higher principal quantum number ii) when their loss does not afford a species with a noble gas configuration. This property of stabilising the lower oxidation state keeping the paired electron in the ns orbital is referred to as the `inert pair effect'. This effect is also observed in the elements of groups 12 (IIB), 14(IVA) and 15(VA) where the heavier elements exhibit 0, +2 and +3 oxidation states respectively.

Oxides of p-block elements may be basic (in case of metallic elements), amphoteric (in case of metalloids) or acidic (in case of non-metals). Non-metals also form a number of oxyacids. In all the groups, the acidic character of the oxide decreases as we move down the group while it increases in the same period from left to right.

Basic character increases down the

Acidic character increases across a

Many of the p-block elements form hydrides. The hydrides of non-metals are more stable. Thus in any group the stability of the hydride decreases from top to bottom; its strength as an acid also increases in this order. Thus among all the hydrides, hydrogen iodide forms the strongest acid solution in water. In group 15, nitrogen forms the stablest hydride of all. Thus the order of stability of these hydrides is

Polarizability of a halide ion depends on its size. Iodides and bromides are more covalent while fluorides are more ionic.