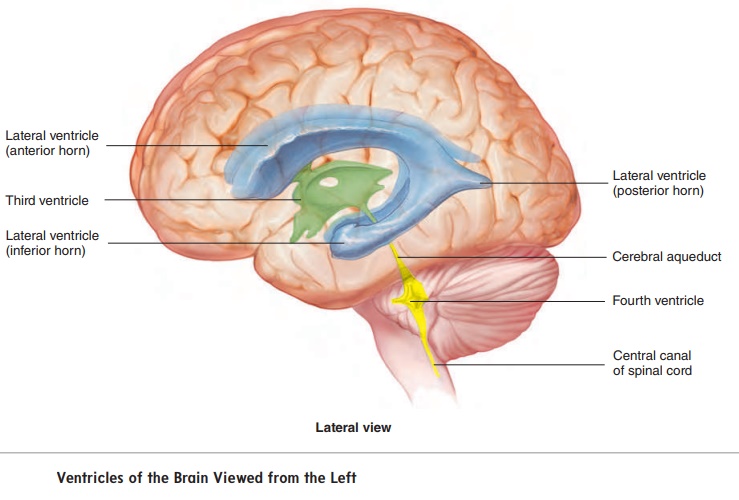 The CNS contains fluid-filled cavities, called ventricles, which are quite small in some areas and large in others. 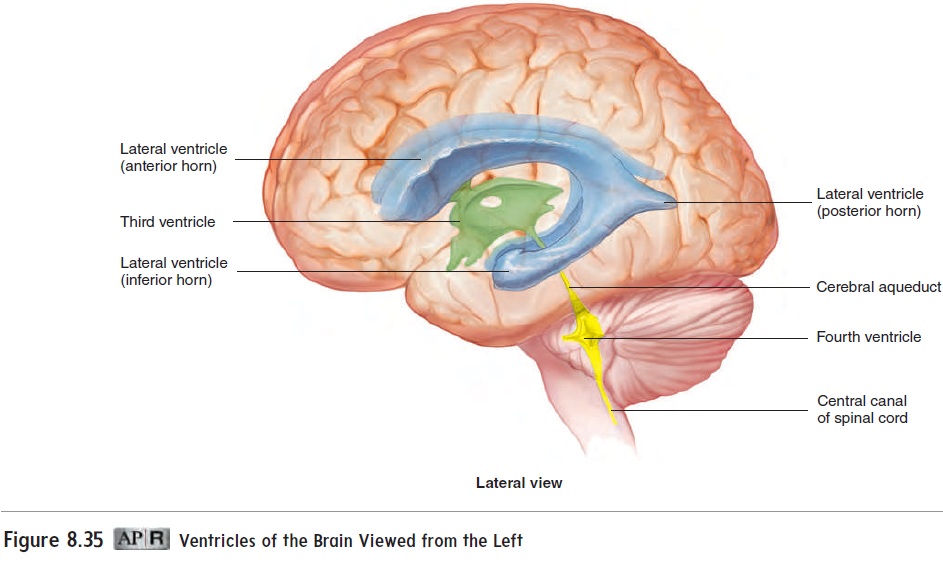