Divisions of the Nervous System 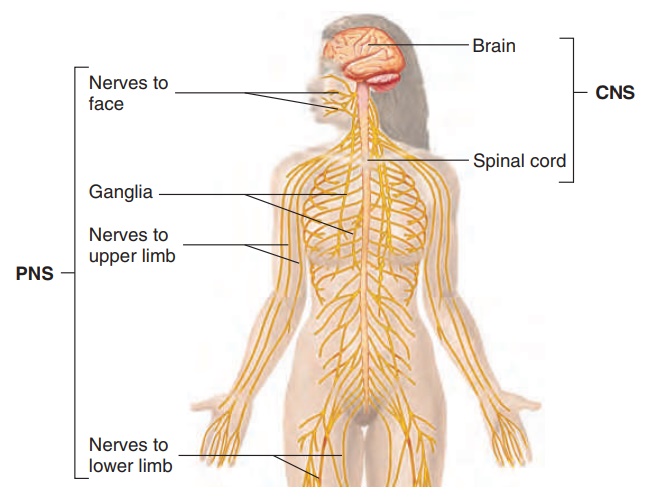 List the divisions of the nervous system, and describe the characteristics of each.

DIVISIONS OF THE NERVOUS SYSTEM 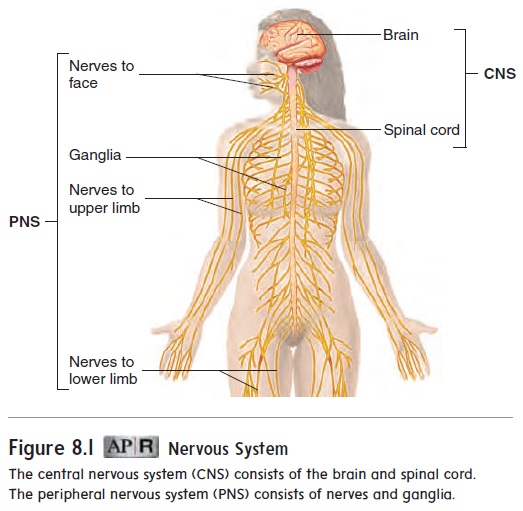 The motor division can be further subdivided based on the type of effector being innervated. The somatic (sō-mat′ik; bodily) nervous system transmits action potentials from the CNS to skel-etal muscles, and the autonomic (aw-tō-nom′ ik; self-governing) nervous system (ANS) transmits action potentials from the CNSto cardiac muscle, smooth muscle, and glands. The autonomic nervous system, in turn, is divided into sympathetic and parasym-pathetic divisions (see figure 8.2). 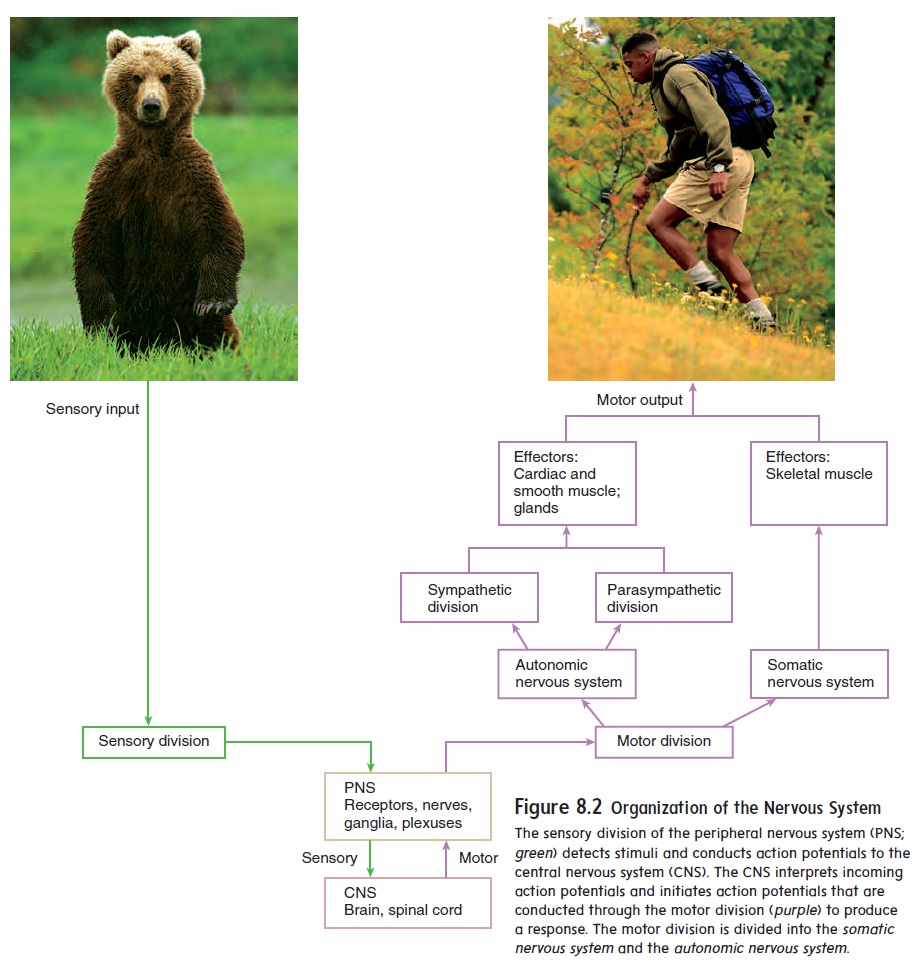 The enteric nervous system (ENS) is a unique subdivision of the peripheral nervous system. The ENS has both sensory and motor neurons contained wholly within the digestive tract. The ENS can function without input from the CNS or other parts of the PNS, although it is normally integrated with the CNS by sensory neurons and ANS motor neurons.