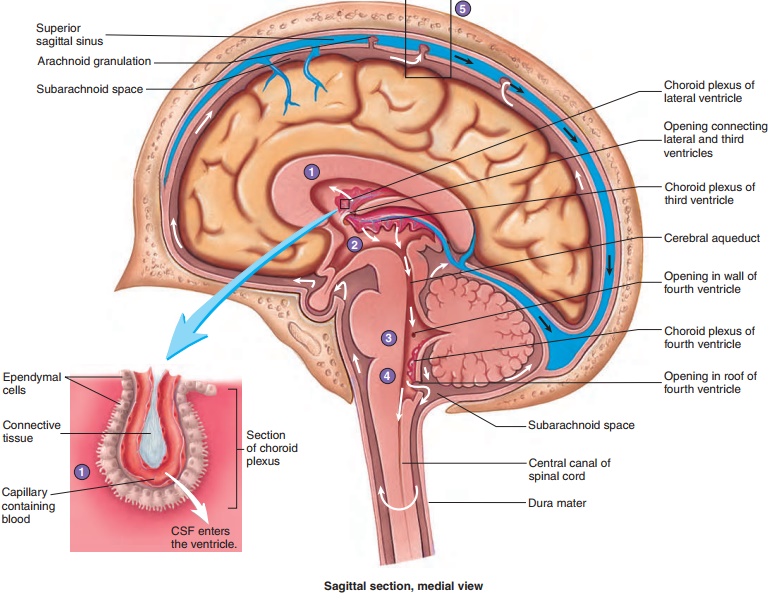 Cerebrospinal fluid (CSF) bathes the brain and spinal cord, pro-viding a protective cushion around the CNS.

Cerebrospinal fluid (CSF) bathes the brain and spinal cord, pro-viding a protective cushion around the CNS. It is produced by the choroid (kō′royd; lacy) plexuses, specialized structures made ofependymal cells, which are located in the ventricles (figure 8.36). CSF fills the brain ventricles, the central canal of the spinal cord, and the subarachnoid space. The CSF flows from the lateral ventri-cles into the third ventricle and then through the cerebral aqueduct into the fourth ventricle. A small amount of CSF enters the central canal of the spinal cord. The CSF exits the fourth ventricle through small openings in its walls and roof and enters the subarachnoid space. Masses of arachnoid tissue, called arachnoid granulations, penetrate the superior sagittal sinus, a dural venous sinus in the longitudinal fissure, and CSF passes from the subarachnoid space into the blood through these granulations. 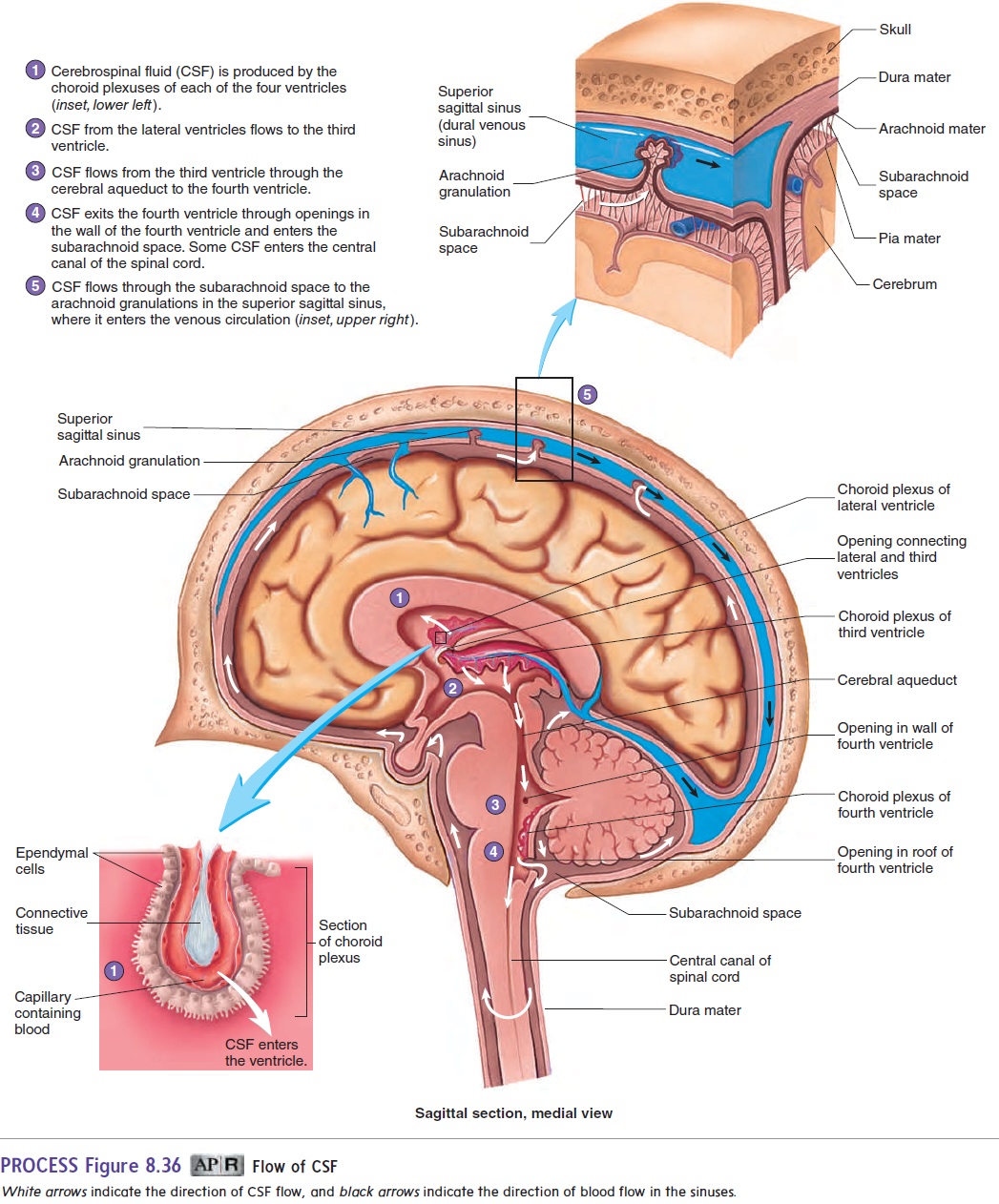 Blockage of the openings in the fourth ventricle or the cere-bral aqueduct can cause CSF to accumulate in the ventricles, a condition known as hydrocephalus. The accumulation of fluid creates increased pressure that dilates the ventricles and com-presses the brain tissue, which usually results in irreversible brain damage. If the skull bones are not completely ossified when the hydrocephalus occurs, as in a fetus or newborn, the pressure can also cause severe enlargement of the head. Hydrocephalus is treated by placing a drainage tube (shunt) from the ventricles to the abdominal cavity to eliminate the high internal pressures.