Generally the metallic elements that have incompletely filled d or f sub shell in the neutral or cationic state are called transition metals.

Generally the metallic elements that have incompletely filled d or f sub shell in the neutral or cationic state are called transition metals. This definition includes lanthanoides and actinides. However, IUPAC defines transition metal as an element whose atom has an incomplete d sub shell or which can give rise to cations with an incomplete d sub shell. They occupy the central position of the periodic table, between s and p block elements, and their properties are transitional between highly reactive metals of s block and elements of p block which are mostly non metals. Except group- 11 elements all transition metals are hard and have very high melting point.

Transition metals, iron and copper play an important role in the development of human civilization. Many other transition elements also have important applications such as tungsten in light bulb filaments, titanium in manufacturing artificial joints, molybdenum in boiler plants, platinum in catalysis etc. They also play vital role in living system, for example iron in hemoglobin, cobalt in vitamin B12 etc.,

In this unit we study the general trend in properties of d block elements with specific reference to 3d series, their characteristics, chemical reactivity, some important compounds KMnO4 and K2Cr2O7, we also discuss the f-block elements later in this unit. 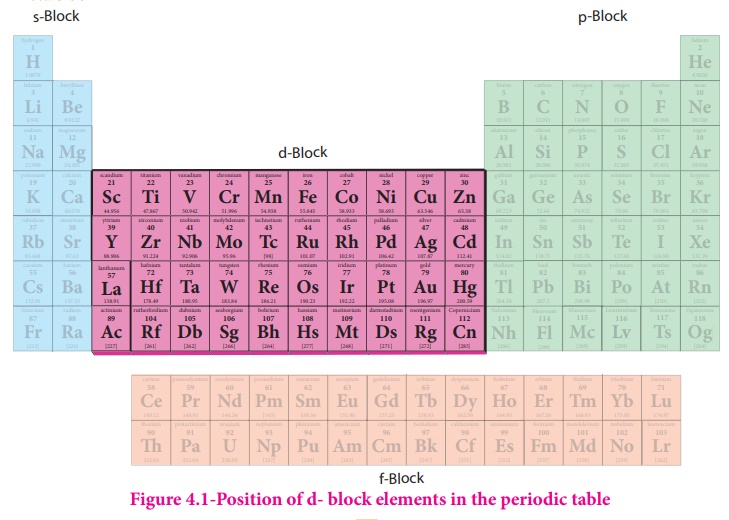