The fourteen elements following actinium ,i.e., from thorium (Th) to lawrentium (Lr) are called actinoids. Unlike the lanthanoids, all the actinoids are radioactive and most of them have short half lives. Only thorium and uranium(U) occur in significant amount in nature and a trace amounts of Plutonium(Pu) is also found in Uranium ores.Neptunium(Np) and successive heavier elements are produced synthetically by the artificial transformation of naturally occuring elements by nuclear reactions.

Similar to lanthanoids, they are placed at the bottom of the periodic table. 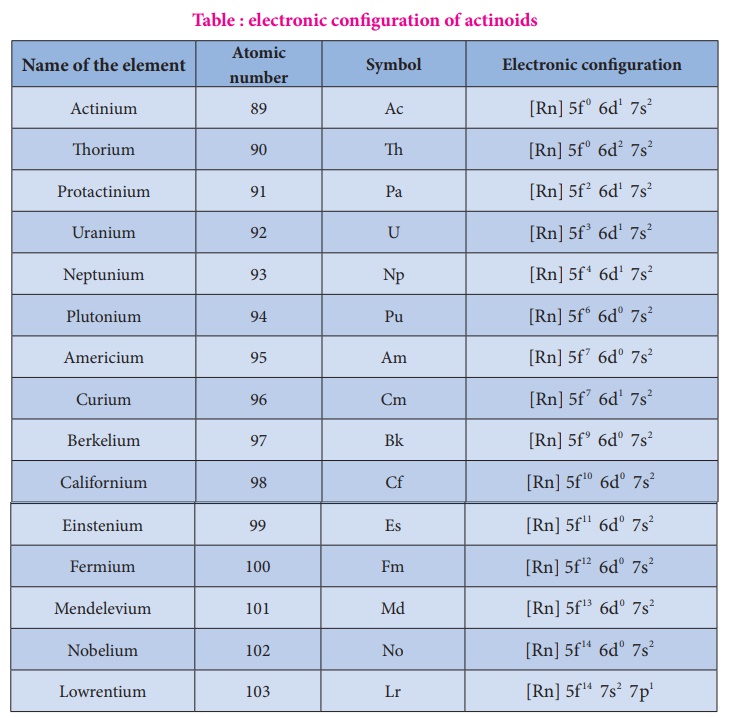 Differences between lanthanoids and actinoids: 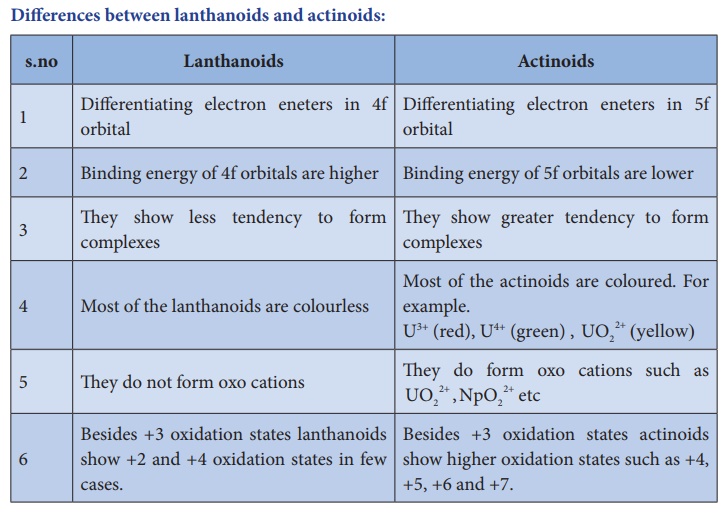